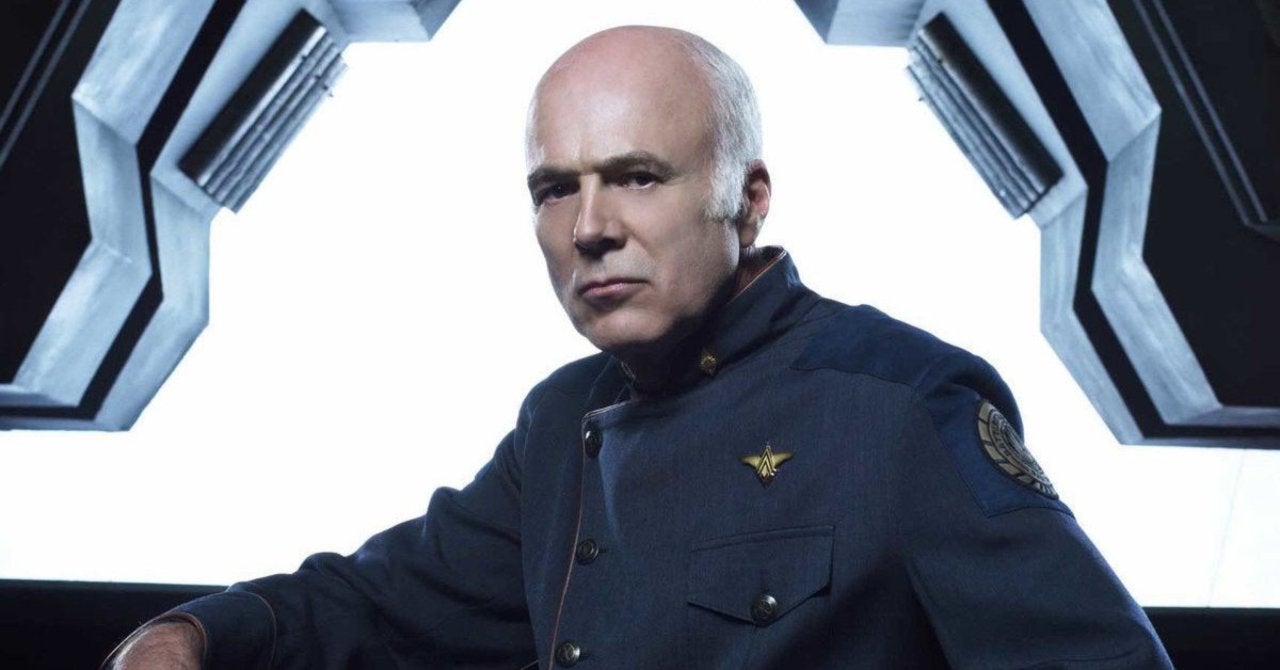 The cast and community around the seminal sci-fi series Battlestar Galactica are coming together to help one of their own. Michael Hogan played Colonel Saul Tigh on the highly-regarded Syfy show. This year, Hogan suffered an accident at a Battlestar Galactica convention that caused bleeding in his brain. The injury paralyzed his body’s left side and left him with memory loss and other long-term health issues. Hogan is receiving treatment at the Berkley Care Center in North Vancouver, Canada. The accident transpired in February, and the onset of the coronavirus pandemic has made getting Hogan the care he needs a challenge for his wife, Sarah Hogan. On Monday, the couple’s neighbor, Shari Ulrich, launched a GoFundMe page to raise funds toward Hogan’s continued care.

In the fundraiser’s description, Ulrich writes, “Though it is hard to imagine, I think it’s fair to say it is unlikely Michael will be able to work again. And for these past seven months, neither has Susan, given the circumstances. She is facing an uncertain future to navigate other than knowing that the financial demands will continue to be great. There are the known costs of the Long Term Care facility, a customized wheelchair, a private physiotherapist to tend to him there, and ongoing costs of medications, foot care, adaptive clothing etc. And if he’s able to come home which would be far preferred – an overhead lift to move him from bed to wheelchair, a hospital bed, ramps, one to two live-in care-aids, renovations to accommodate the wheelchair including doorways and bathrooms, and a vehicle to accommodate the wheelchair.

“It is impossible to accurately assess the ongoing and future financial demands so the “goal” will likely be a moving target. The real goal is to have Michael back – that sweet, funny, teasing, impish spirited bright light and brilliant actor and friend. And if at all possible, one day back in his home on Bowen Island with his dog Harley, his family, and treasured parts of the life he knew. But practically speaking, the goal is to give Susan a way forward without the crushing financial weight of the ever changing costs for his care.”

Hogan’s Battlestar Galactica co-stars began using their social media platforms to spread awareness about the fundraiser and confirm its veracity. Katee Sackhoff — who played Tigh’s foil, hotshot and hot-tempered pilot Kara “Starbuck” Thrace on Battlestar Galactica — tweeted, “I know times are hard for so many right now but if you feel you have the ability to help, please do so. This man and his family are so incredibly special to so many. Thank you from the bottom of my heart.”

While Hogan is best known for playing Tigh in Battlestar Galactica, the 71-year-old actor’s work also includes appearances in 12 Monkeys, Dollhouse, Fargo, Smallville, Supernatural, Teen Wolf, The Man in the High Castle, and this year’s Sonic the Hedgehog movie.