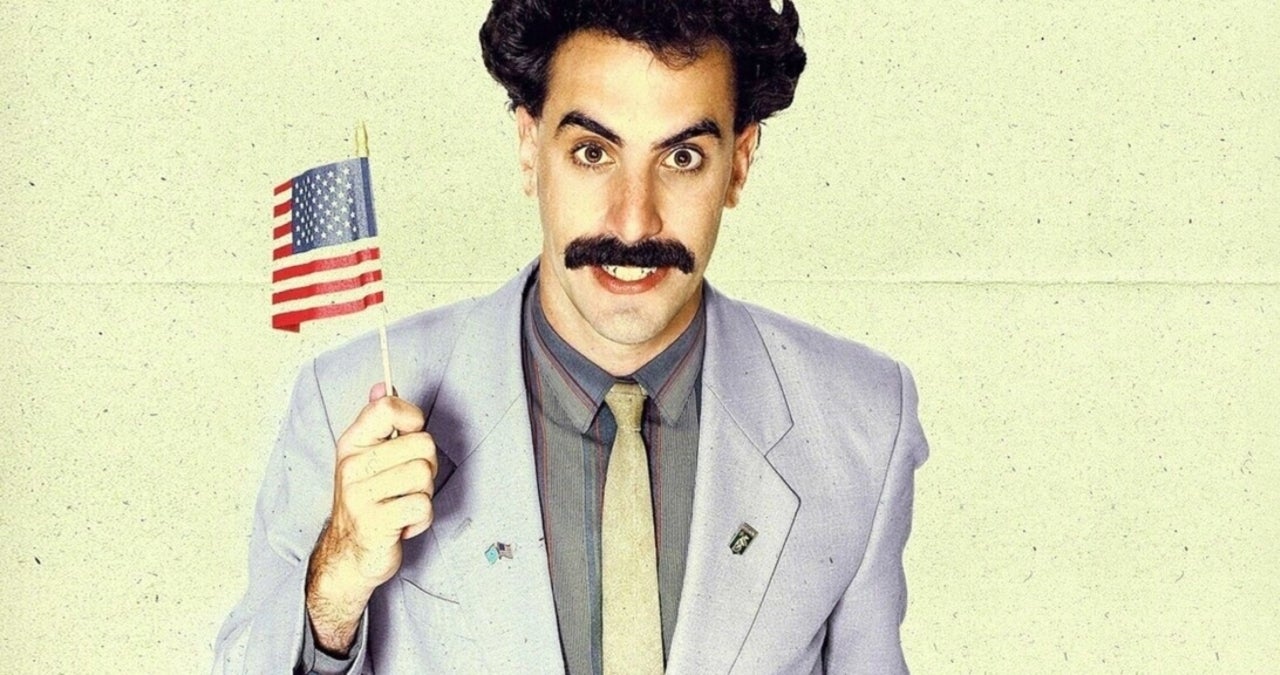 Borat 2 ads actually include giant inflatables of a nude Sacha Baron Cohen. With the sequel to the uproarious comedy, nothing is off-limits. That would definitely include the actor in not much else but a mask and a smile. The Thames River played host to the strange floating barge, and Amazon Prime Video UK posted the images to Twitter. With the movie dropping out of the blue yesterday, people are flocking to see what the fuss is about with Borat 2. It’s been so long since the first one that this has been a great surprise. However, as with most Cohen productions, there has been some controversy as well. Former New York Mayor Rudy Giuliani found himself in hot water when a section of the film appeared to feature him in a suggestive position with an actor who claimed to be a minor. Borat issued a statement in support of the embattled politician yesterday.

“I am here to defend America’s mayor, Rudolph Giuliani. What was an innocent sexy time encounter between a consenting man and my 15-year-old daughter has been turned into something disgusting by the fake news media,” Borat explained. “I warn you, anyone else try this and Rudolph will not hesitate to reach into his legal briefs and whip out his subpoenas.”

That footage got news sources in a fervor, and Giuliani had to respond himself, “The Borat video is a complete fabrication. I was tucking in my shirt after taking off the recording equipment. At no time before, during, or after the interview was I ever inappropriate. If Sacha Baron Cohen implies otherwise he is a stone-cold liar.”

Charlie Ridgely of Comicbook.com had this to say of Borat 2 in his review:

“Have you ever been truly on the edge of your seat when watching a horror movie? That feeling of strangely enjoyable anxiety where you’re acutely aware of the blood rushing through your veins, your stomach feels like it wants to escape from your body, and it’s almost impossible to remove your hand from in front of your mouth? It’s what we watch horror flicks hoping to feel,” Ridgely said. “It’s not, however, what we want out of a comedy, at least not most of the time. Sacha Baron Cohen’s secret Borat sequel will give you this feeling for the entirety of its run time. It’s every bit as nerve-wracking as it is funny, and it happens to be one of the funniest films in years.”

Have you seen Borat: Subsequent Moviefilm yet? Let us know down in the comments!