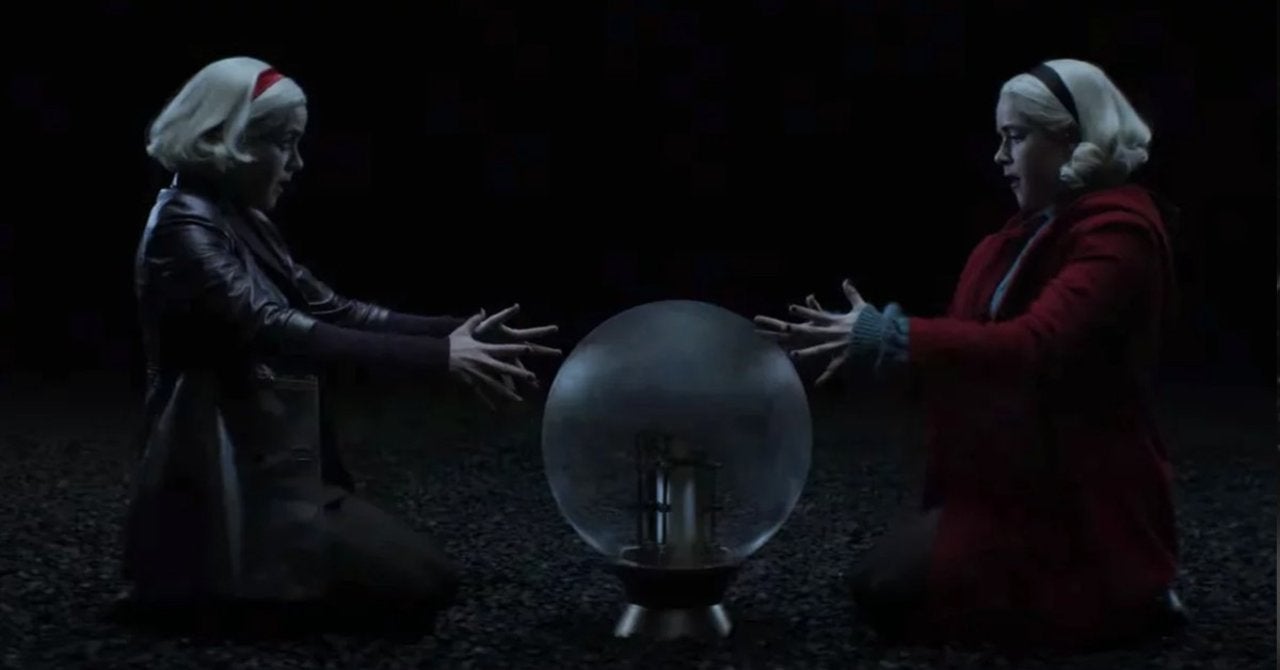 Over the course of four seasons of Chilling Adventures of Sabrina, audiences have seen star Kiernan Shipka battle all manner of threats as the titular character, all while Sabrina also had to find the balance between her supernatural and teen-aged lives. Shortly after the first season premiered, Netflix renewed it through a fourth season, with the streaming service confirming earlier this year that it wouldn’t be moving forward with more seasons. With the final episodes of the series now streaming on Netflix, the final episodes brought with them some truly unexpected reveals, with star Shipka opening up about her own reactions to the series’ conclusion.

WARNING: Major spoilers for Chilling Adventures of Sabrina below

Over the course of the final season, Sabrina attempts to defend Greendale from the Eldritch Terrors, ancient and cosmic entities that come in a variety of forms. The final Terror she tackles, The Void, is so powerful that she ultimately makes a fatal sacrifice to save her friends and family. The series didn’t merely hint at her death, as we witnessed her funeral as well as seeing her joined in the afterlife by Nicholas Scratch.

“I was very surprised. I think I sort of had the same mentality as everyone else, which was Sabrina can’t die,” Shipka shared with Entertainment Tonight. “She is Sabrina. She can’t die. And then I was like, ‘Oh, there’s no more pages. I think that’s it.’ But it’s a dramatic ending.”

She added, “At the end of the day, I think that what it represents is she is truly a selfless soul, and she sacrifices herself for the greater good which is very hefty. And I think it hit me emotionally quite a bit. It’s not an easy ending to just digest. There is a lot of meaning and impact behind it and how we wish to read into that. But above all else, I was completely surprised.”

Despite that seemingly definitive ending, Shipka thinks the supernatural components of the series could still result in her character being revived.

“The character does not belong to me solely. It belongs to the fans and it belongs to the viewers, and if people wanna watch the finale and think that she ends up in the sweet hereafter with Nick, then amazing,” the actress confessed. “I will say I think she’s pretty savvy and could find her way back to Greendale if she chose to. And I think just because I love her so much, that’s what I want to think happens.”

Chilling Adventures of Sabrina is now streaming on Netflix.

Were you surprised by that finale? Let us know in the comments below or contact Patrick Cavanaugh directly on Twitter to talk all things horror and Star Wars!