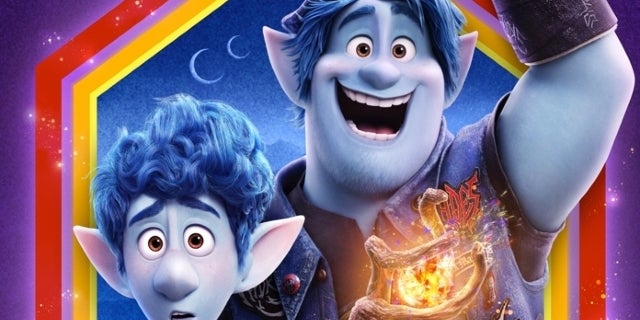 In a matter of weeks, Disney-Pixar’s Onward enters theaters and will take viewers deep into a world of lore and fantasy. Not just that, but Onward star Chris Pratt also suggests it’s going to be an emotional movie for many, saying he and many others wept during a recent advanced screening. Pratt took to Twitter earlier this week to share his initial thoughts on the movie after seeing it with director Dan Scanlon and others.

“I can attest!” Pratt tweeted. “I took about 20 people to a screening-half of them children. Everybody left saying it was their favorite movie ever. Lot of grown man tears. You have made something so very special. Cannot wait for the rest of the world to see your story. Really proud of this one!”

Pratt was address Scanlon, retweeting a picture the director shared of he and his brother at the screening.

I can attest! I took about 20 people to a screening-half of them children. Everybody left saying it was their favorite movie ever. Lot of grown man tears. You have made something so very special. Cannot wait for the rest of the world to see your story. Really proud of this one! https://t.co/jqKF4nDdEM

When we spoke with Scanlon earlier this year, he revealed the movie is very much about he, his brother, and the relationship the duo shared with their late father.

“The story is inspired by my own relationship with my brother and our connection with our dad who passed away when I was about a year old,” Scanlon said. “He’s always been a mystery to us. A family member sent us a tape recording of him saying just two words: ‘hello’ and ‘goodbye.’ Two words. But to my brother and me — it was magic,” the director revealed.”

Scanlon added, “That’s where the idea of magic came from. We thought, ‘Well, we need to make a movie where that could be possible.’ And then the idea was, ‘I don’t want to make a period piece in a fantasy world, I wouldn’t feel as close to that,’ and then thought, ‘Well, why can’t it be modern and be a fantasy magical place?’ And that led to the humor of, ‘Well, that would be ridiculous and we could do all these gags.’ And then lastly they kind of came together when we realized well, ‘Ian is this character who is not living up to his full potential out of fear and comfort, not wanting to explore and take risks,’ and the world was kind of mirroring that, too.”

ESPN to Air Disney Movies Instead of Sports Due to Coronavirus Shutdowns
That Time I Got Reincarnated as a Slime Season 2 to Air in Oct. 2020 and Apr. 2021!
Aladdin: Will Smith Shares Insane Pancake Art That Looks Exactly Like His Genie
How to Stream Movies Online for Free With No Subcription
AMC Theatres Have Furloughed 98.5% of Employees After Coronavirus Shutdown