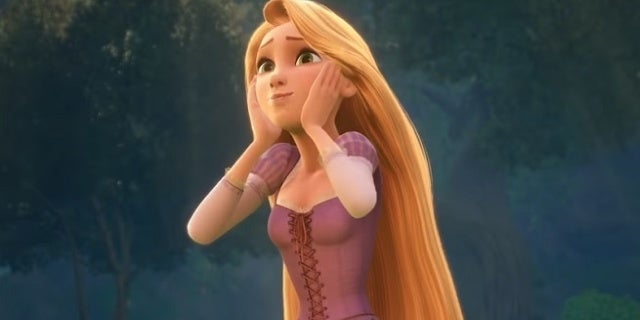 It looks like Disney has another live-action remake in the works. According to new reports (via The DisInsider), the studio is currently developing a live-action feature film based on the tale of Rapunzel. It’s unclear if the project is tangentially connected to the company’s Tangled animated franchise or will be its own standalone version of the story. Either way, it’s reported screenwriter Ashleigh Powell has been hired to pen the script; she previously wrote the screenplay behind The Nutcracker and the Four Realms.

Michael De Luca (Captain Phillips) and Kristin Burr (Christopher Robin) are reportedly executive producing the production while Zoe Kent (Lilo and Stitch remake), Jessica Virtue (Mulan remake) and Lucy Kitada are overseeing the project from the studio side. Per the report, the studio has yet to hire a director to helm the project and it’s too far out to set a release date for the movie.

It should be noted The DisInsider also suggests this movie is set for a theatrical release rather than something to add to Disney+, much like the live-action Lady and the Tramp remake.

Though Disney has yet to confirm the film, it fits in perfectly with the studio’s current output and content plans. This year will feature a live-action remake of Mulan, while films like Cruella and Lilo and Stitch are also in development. The movies will all join the likes of The Lion King, The Jungle Book, Aladdin, and Dumbo as animated movies that have been turned into live-action features by studio head Alan Horn and his team.

The adaptations for Disney have proved beneficial when it comes to balancing the corporate checkbook. Jon Favreau’s The Lion King, as an example, ended up grossing $1.657 billion worldwide against a reported production budget of $260 million.

What other live-action remakes do you hope to see from Disney at some point? Let us know your thoughts in the comments below!