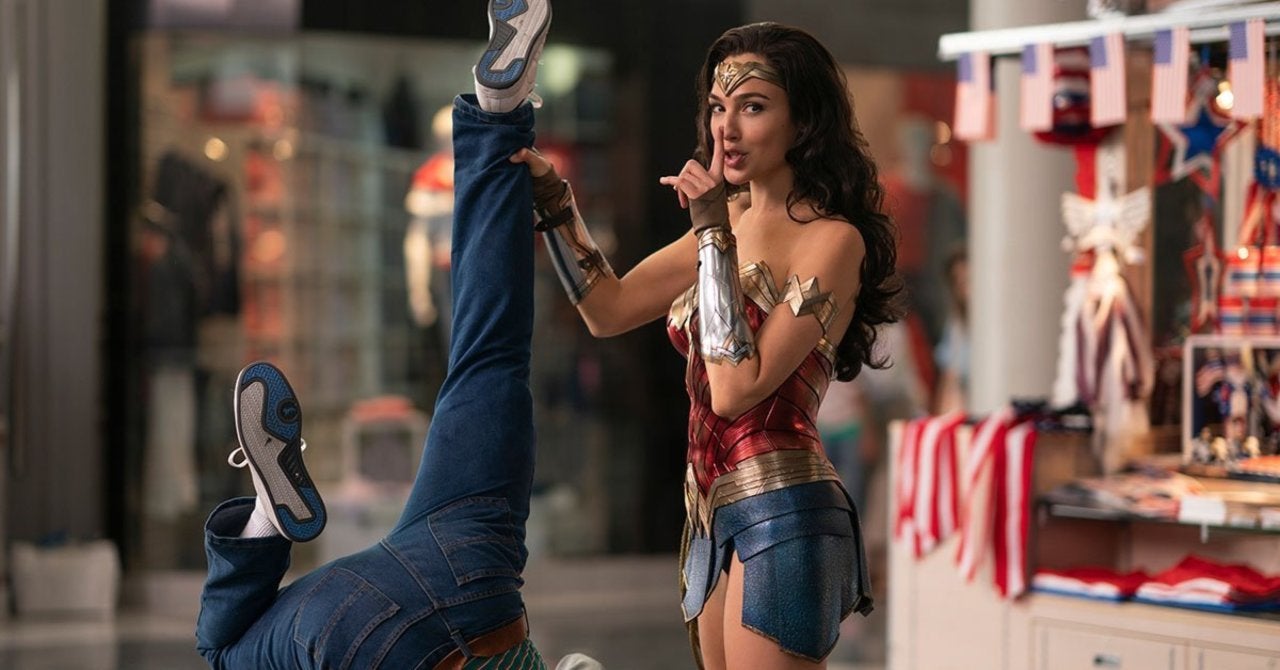 With Wonder Woman 1984 in theaters and streaming on HBO Max, DC fans are finding all kinds of nods to the comics and other Easter Eggs in Patty Jenkins-directed, Gal Gadot-starring film. While some are pretty direct, there are some that have viewers wondering if one specific appearance is a nod to fan-favorite supporting character from the comics and, with Wonder Woman 3 now officially a go, perhaps a hint at someone who may appear in the future film: Peony McGill, aka Star Blossom.

Warning: Spoilers for Wonder Woman 1984 below. Quit reading now if you don’t want to see those spoilers!

Early in Wonder Woman 1984, a jewelry store at a Washington D.C. area mall is robbed by a group of men who know that it’s actually a front for an illegal antiquities operation. When the robbery goes awry, Wonder Woman (Gadot) shows up to save the day and in the process interacts with a little girl who is not only not scared of the chaos but is clearly a fan of the mysterious heroine. She’s seen not only directly interacting with Wonder Woman but smiling at the heroine as she successfully captures the criminals.

The little girl in the scene doesn’t appear elsewhere in the movie and she doesn’t appear to have any powers of her own, but her physical appearance is very similar to that of Peony McGill, the girl known as Star Blossom in comics. Created by Gail Simone and Colleen Dornan and first introduced in Wonder Woman 75th Anniversary Special #1 in 2016, the character has the ability to control flowers and is a huge Wonder Woman fan. Positive, happy, and just an overall joy, she even teams up with Wonder Woman a few times with the pair enjoying a teacher/student and big sister/little sister sort of dynamic.

While the character has had very few appearances in comics, she’s well-loved among fans and indeed, the little girl in Wonder Woman 1984‘s reaction to seeing Wonder Woman in action is very reminiscent of Peony in comics. It makes for a nice nod to the fan-favorite character, but if the character is meant to be a nod to Peony, it could also represent an opportunity for the character to appear properly in future films. After all, depending on what the story for Wonder Woman 3 ends up being, it wouldn’t be difficult to imagine the mall mayhem and Wonder Woman’s response to it having a huge impact on the girl’s life, so much so that she grows up to be a hero herself.

Wonder Woman 1984 is now streaming on HBO Max and playing in theaters.

What do you think? Was that a nod to Peony McGill/Star Blossom? Let us know your thoughts in the comments!

Coming 2 America: Eddie Murphy Reveals How His Daughter Worked to Prove Herself
Swamp Thing | Behind the Scenes | DC Universe | The Ultimate Membership
The Russo Brothers Had to “Fight” for Sony to Cast Tom Holland as Spider-Man
Harry Potter Star Admits He’s Embarassed By His Own Acting In Series
Tom & Jerry Director Reveals Film’s Biggest Influences