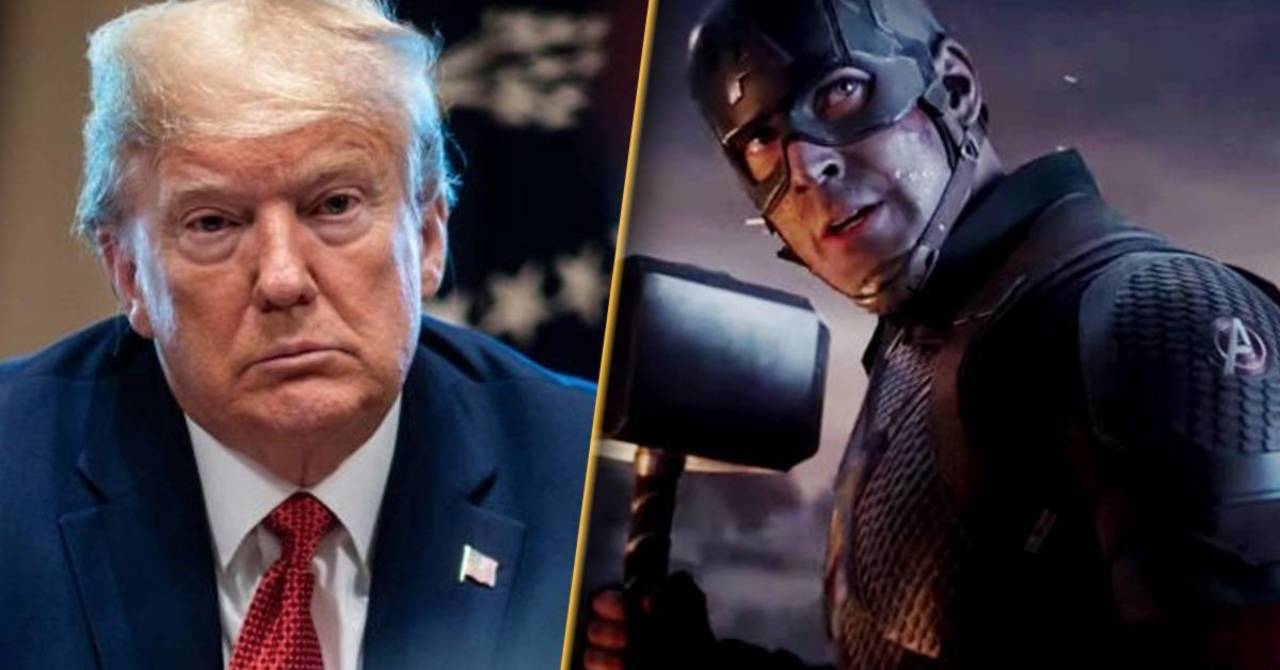 Chris Evans revealed that Donald Trump refused a chance to talk twice during an appearance on Jimmy Kimmel Live! The Captain America star was on the program to discuss his work with A Starting Point, a bipartisan effort to inform the public about political topics. Earlier this year, the program had celebrities and politicians record messages, and Kimmel wondered if Evans had asked the President. Well, the MCU actor told the host, “You have to, right? You have to… I shouldn’t say it that way.” He smiled and continued, “No, I asked him, and he said no. He said no twice, and so it’s like ‘Well I did my part.'” So, President Trump decided to pass in this instance. This isn’t the first time Evans has encouraged voting as he and other Marvel stars took part in a fundraiser for Joe Biden and Kamala Harris.

But, back over in the Marvel Studios corner of the world, many fans wonder if he would ever consider putting on the shield again. Well, in an interview earlier this year, he told the Today show that he’s adjusting to life outside of the MCU.

“I felt pretty comfortable there,” Evans joked. “Hollywood can be intimidating because people expect something out of you. No one expected anything out of me in DC, so when expectations are low, I thrive.”

Then the Marvel star also told People about his strategy to inform the public. “It’s not that I’m specifically drawn to politics. It’s just when you look around; you try to figure out how you can help,” he began. “There’s a lot of things you can do as an actor with your name,” Evans said. “I could be making booze — I don’t discourage anyone from doing that, I love booze — but there’s no denying that I played a certain character, and it just so happens to align with part of my nature in terms of being someone who is politically involved and who cares about the well being of people in this country.”

ASP describes themselves as, “A Starting Point is a video-based civic engagement platform created by Chris Evans, Mark Kassen, and technology entrepreneur Joe Kiani. ASP’s mission is to create a bipartisan channel of communication and connectivity between Americans and their elected officials with the goal of creating a more informed electorate.”

Did you catch Chris Evans on Jimmy Kimmel? Let us know down in the comments!