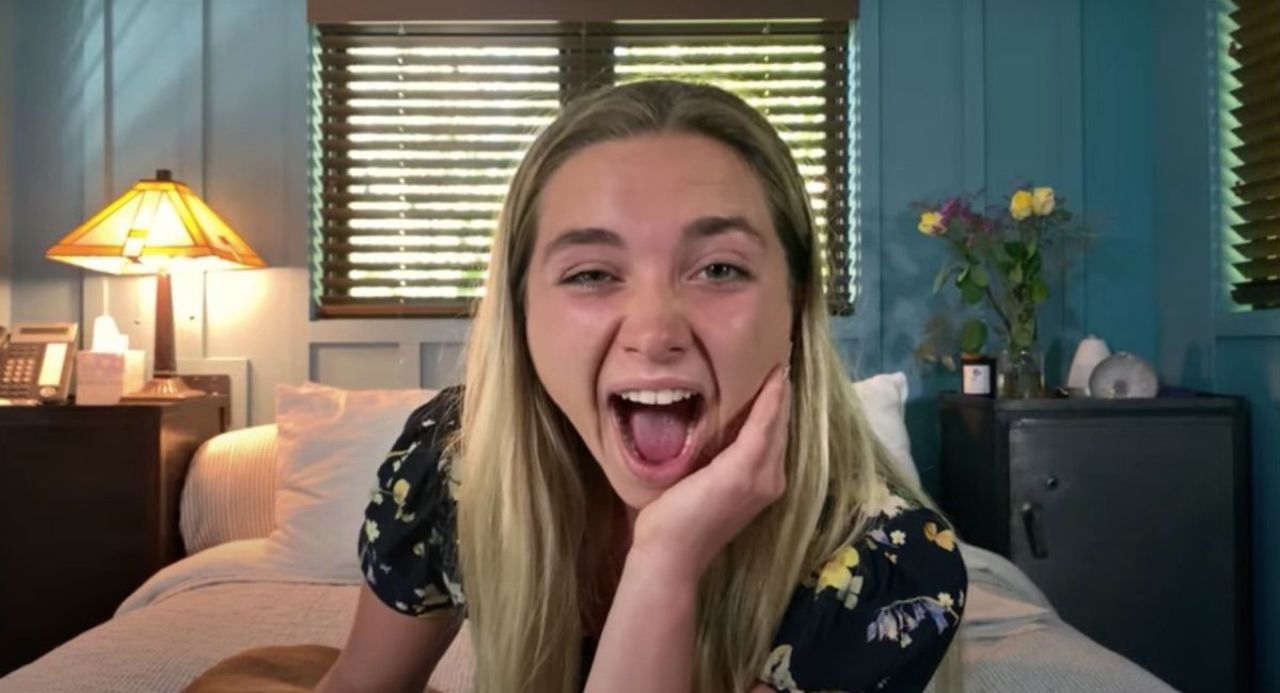 Last week, Netflix released the latest online table read to benefit charity, Father of the Bride Part 3(ish), which Netflix brought to YouTube with Steve Martin serving as the titular father and cast members including Diane Keaton, Kieran Culkin, Martin Short, George Newbern, and Kimberly Williams-Paisley. The project had been teased in a column in The New York Times, but one of the things that they managed to do was to bring some big-name talent on board to surprise the fans. Nancy Meyers — who wrote the two Father of the Bride films, as well as other rom-com classics like Something’s Gotta Give, The Holiday, and Baby Boom, brought the characters from Father of the Bride and Father of the Bride Part II back to support the World Central Kitchen.

But along with the names we expected to see, Father of the Bride Part 3(ish) featured appearances. by Ben Platt (Dear Evan Hansen), Florence Pugh (Black Widow), and Alexandra Shipp (X-Men: Apocalypse) in surprise roles. Reese Witherspoon (Legally Blonde) served as a kind of emcee for the short.

Meyers recently wrote in the New York Times that the pandemic “pandemic brought me back to being a writer,” and the result was thinking about how the Father of the Bride characters would be handling the pandemic and quarantine. She wrote a screenplay for a (shorter) third installment, one that could be filmed remotely, and got the cast to join her. The production values are pretty high, because apparently she even sent them lighting rigs and microphones to keep things as consistent as possible.

You can see it below.

The original(*) Father of the Bride came out in 1991, and Martin portrays George Banks, a businessman and owner of an athletic shoe company who, when he finds out his daughter is getting married, does not want to give her away. The movie was a huge hit, and in 1995, there was a second installment, Father of the Bride Part II. In that film, the daughter in question tells the family that she’s pregnant, and George begins to panic, insisting he is too young to be a grandfather.

That asterisk above is because Father of the Bride was a remake of a 1950 movie of the same name, which starred Spencer Tracy and Elizabeth Taylor, among others. In 1951, that movie got a sequel called Father’s Little Dividend. In the 1961–62 season, CBS also had a Father of the Bride TV series.