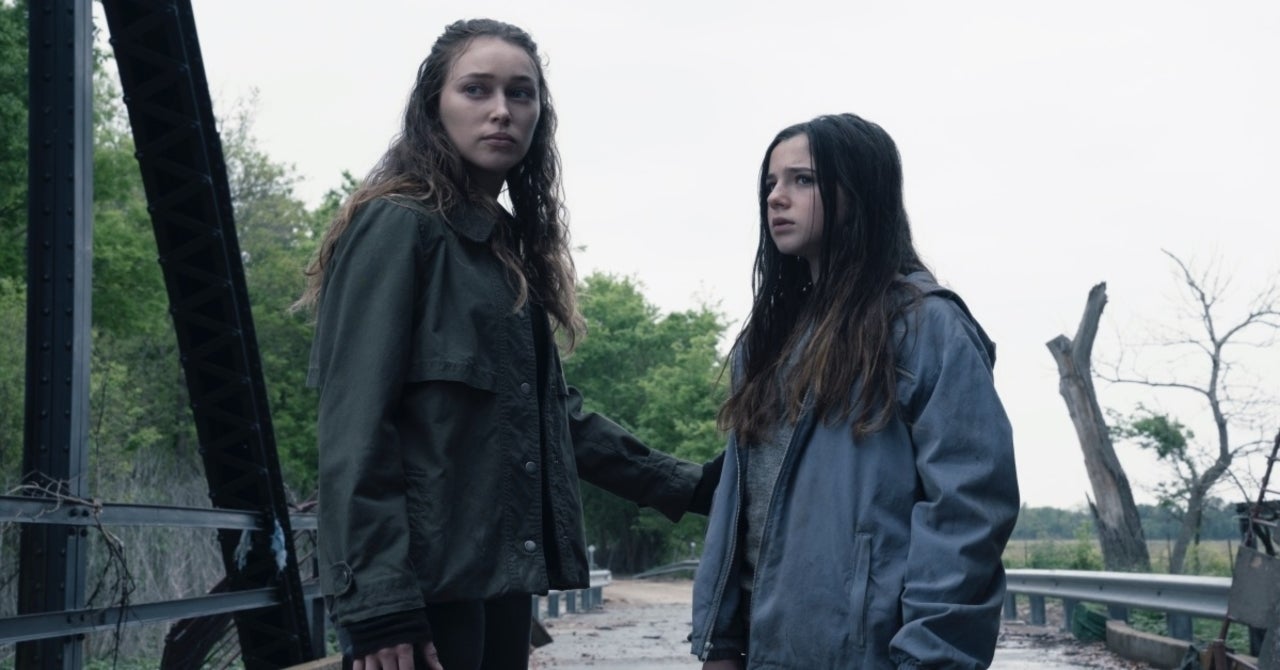 Fear the Walking Dead star Alexa Nisenson received death threats after her character killed a fan-favorite survivor on the Walking Dead spin-off. Nisenson, who was 11-years-old at the time, says she wasn’t “fully prepared” for anticipated backlash over the death of leading character Nick Clark (Frank Dillane). The son of then-series lead Madison (Kim Dickens) and the sister of Alicia (Alycia-Debnam Carey), Nick is shot dead by Charlie (Nisenson) in the season 4 episode “Good Out Here.” The surprise death comes after Nick kills Ennis (Evan Gamble), a member of the scavenging Vultures and Charlie’s guardian, in that same episode.

“I didn’t know that [Charlie killing Nick] was gonna happen when I joined the show. I found out when I opened the script, and I was like, ‘Oh my gosh,'” Nisenson told the Talk Dead to Me podcast. “I was shocked. I did not see it coming at all. I thought I was gonna be out after — I think it was supposed to be five, maybe six episodes.”

Now a series regular on Fear, which is currently midway through its sixth season, Nisenson expected some recoil for being the one to pull the trigger on the fan-favorite Nick. After reading the script, the young actor knew that fan reaction “was going to be what it was,” but she says “I don’t think I was fully prepared for what it actually was.”

Charlie has since become something of a little sister to Alicia, who is among the show’s most popular characters and one of the last-remaining survivors from the first season. But getting viewers to see Alexa instead of Charlie “has been challenging.”

“At the time I was only 11, so when I was signing onto Instagram or Twitter, I was just seeing hundreds or possibly thousands of comments just saying, ‘I hate you! You killed Nick!'” Nisenson said. “And I’ve always said, ‘Look, I completely understand where the fans are coming from. It was devastating for me too.'”

While Nisenson empathizes with viewers having to say goodbye to a beloved character, the reaction became alarming and “really personal.”

“I completely understand why they were feeling [that way] and feel the way they feel, so that part I understood. I think for me it was definitely challenging when it became personal and people were threatening me,” the now 14-year-old actress said. “Someone found my address and said they were gonna come to my house [and kill me]. It definitely got really personal for a while, and that was scary. It was scary for me and my family. I was definitely not expecting it to go to the level that it was at.”

After Nick’s death episode in April 2018, Dillane confirmed he requested Nick be killed off following the season 3 departure of original showrunner and series co-creator Dave Erickson. That decision came before incoming showrunners Andrew Chambliss and Ian Goldberg took creative control in season 4, which would install The Walking Dead‘s Morgan Jones (Lennie James) as the new series lead as part of the first-ever crossover between the two shows.

The English actor later told Entertainment Weekly he was “homesick” and wished to play different characters because he “felt like we had achieved what needed to be achieved in the first few seasons.”

Fear the Walking Dead returns with new episodes in 2021 on AMC. Follow the author @CameronBonomolo on Twitter for all things TWD.