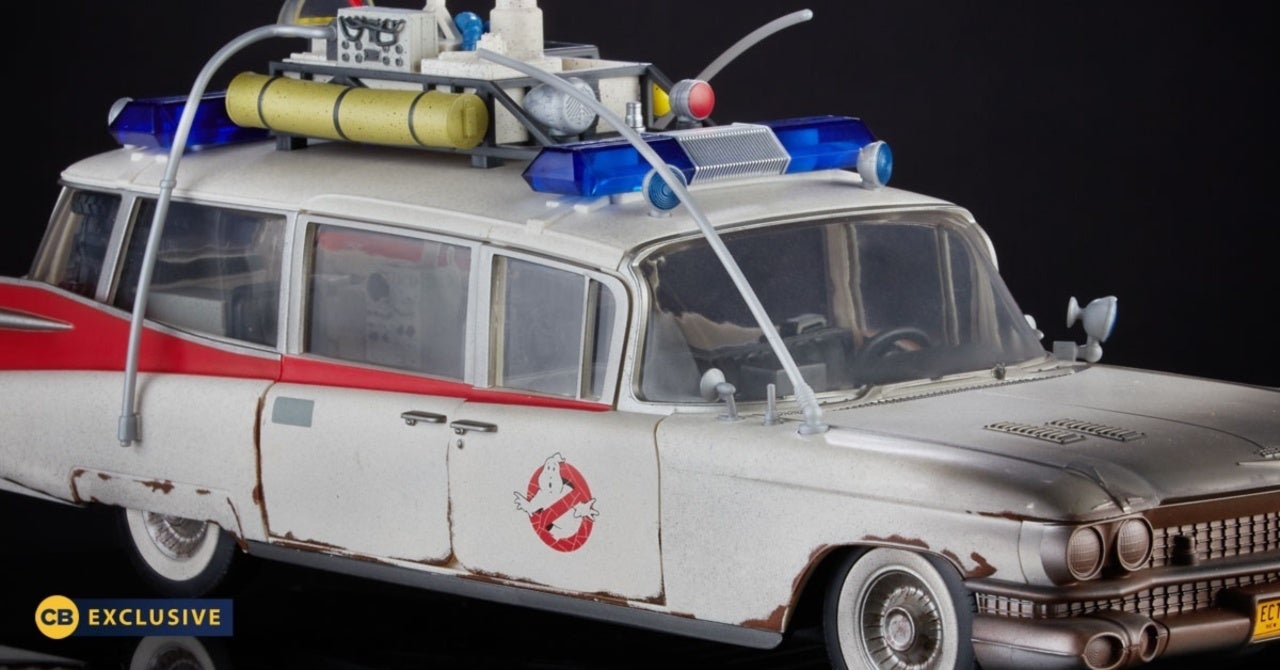 Hasbro’s first-ever PulseCon has already delivered a multitude of announcements and reveals from many beloved properties, including Power Rangers, Star Wars, Marvel, G.I. Joe, and Ghostbusters, just to name a few. Speaking of Ghostbusters, as part of its Ghostbusters celebration the team at Hasbro got together with Ghostbusters: Afterlife director Jason Reitman to talk all about the upcoming film, but they also had something cool to reveal, which turned out to be the Plasma Series Ecto-1, and we’ve got your exclusive first look at stylish 1/18th scale collectible starting on the next slide, which is coming exclusively to Target.

You can pre-order the Plasma Series Ecto-1 from Target right here, and you can also pre-order all of the other big reveals from PulseCon right here. You can check out the official description below.

You can check out everything going down at the Ghostbusters panels during PulseCon below.

We’ll begin by celebrating the iconic 1984 film. Tune in for ghostly surprises, classic toy news, and a visit from a very special guest: Ernie Hudson, otherwise known as Winston Zeddemore from Ghostbusters! Get ready to hear him answer your fan questions!

Part 2: The Making of Kenner The Real Ghostbusters Toys

Hit the next slide to get an up-close look at the Ghostbusters Plasma Series Ecto-1 and you can talk all things Hasbro PulseCon with me throughout the day on Twitter @MattAguilarCB!