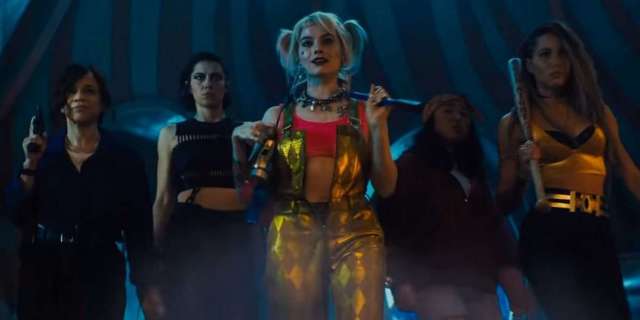 Harley Quinn: Birds of Prey is still in theaters and fans are speaking up online about supporting the film. One of the film’s stars, Ella Jay Bosco, took some time to shout out the Philippines and dedicate the movie to them. Her grandfather is from Pangasinan and her grandmother hails from Zambales. In a movie about celebrating who you are and what you bring to the table, this sort of message strikes a chord with the fans. It also wouldn’t hurt to stoke the fires leading the film on while the road forward looks a bit perilous because of the coverage from various corners of the Internet. Still, the early bloodbath forecasted for the film looks a bit premature as more numbers continue to trickle in. Now, Birds of Prey will have to reckon with family fare like Sonic the Hedgehog as its run continues.

Personal stories are all around in the film and director Cathy Yan latched onto that idea early in the creative process. She explained what made the story so compelling for her in a previous interview with Comicbook.com. Taking back power for yourself seemed to be a definite theme headed into the proceedings.

“To me the story is super compelling and personal to me because it is about emancipation, about women sort almost being competitive with one another and bringing each other down. But also because of our own inabilities, I think to feel so powerless in the stranglehold that is the patriarchy. I feel like I very much have gone through that arc myself…And I’ve seen it, especially I think set against the backdrop of like ‘Me Too’ and what has been happening in our industry in the last few years. So, that definitely infiltrated its way into my pitch as well. So that for me this film was so much more than a superhero film about first girl gang film or any of that. But it really has a compelling narrative and theme to it is very, very personal to me.”

This movie is for you Philippines! My Grandpa is from Pangasinan and my Grandma is from Zambales. https://t.co/2c0pNlc2dg

Margot Robbie was very attracted to this connection in Yan’s pitch. Her work on her first feature Dead Pigs also helped lead Robbie toward her as a director. The star championed her as the filmmaker for the job of bringing this all to life. The Academy Award nominee talked about the process of isolating that voice.

“Kathy gave the best pitch. She came in, she understood the piece, she elevated the ideas that we’d been working on and kind of took them to a place. And that’s kind of what you need your director to do, to take what you have and then elevate it to another level. And she did that. And I remember writing copious notes every time we spoke to someone, and Kathy came in and my page was like just a big smiley face. I was just like, ‘It’s perfect. She’s perfect for it.’ So it was really exciting, that initial conversation.”

Harley Quinn: Birds of Prey is still in theaters.