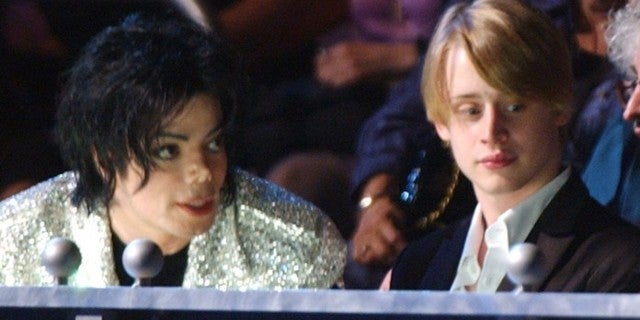 Macaulay Culkin has seen some things over the course of his acting career, but most times people just want to ask him about his relationship with Michael Jackson. The 39-year-old talked to Esquire about his life and revealed some new details about his interactions with the embroiled superstar. Culkin makes no bones about the hurt that Jackson inflicted on some families, but he doesn’t want to linger on those times now that the icon has passed away. He was adamant that he never saw the King of Pop do anything that was alleged during those court cases. The window into that time is both arresting and also a little melancholy.

“I’m gonna begin with the line — it’s not a line, it’s the truth — he never did anything to me,” Culkin explained. “I never saw him do anything. And especially at this flashpoint in time, I’d have no reason to hold anything back. The guy has passed on. If anything–I’m not gonna say it would be stylish or anything like that–but right now is a good time to speak up. And if I had something to speak up about, I would totally do it. But no, I never saw anything; he never did anything.”

Those weren’t the only topics the interview covered. Culkin was also very open about the dark periods in his life that saw him experiment with drugs.

“I played with some fire, I guess is the best way to put it,” he began. “At the same time, I’ve never been to rehab or anything like that. I’ve never had to clean out that way. There were certain times when I had to catch myself, once or twice. You’re having too good a time, Mack. I mean, I’ve had friends who ask me, ‘How do I get clean?’ And I go, I’m the last person you should ask, because I’m gonna give you the worst advice, which is: Just stop. Just stop! And that’s not the way it works. But I never went so far down that road where I needed outside help.”

Culkin continued, “I wouldn’t be the person I am today if I hadn’t had drugs in my life at some point or another. I had some illuminating experiences—but also it’s fuckin’ stupid, too, you know? So besides the occasional muscle relaxer, no, I don’t do drugs recreationally. I still kinda drink like a fish. I drink and I smoke. But I don’t touch the things. I do love them. They’re like old friends. But sometimes you outgrow your friends.”