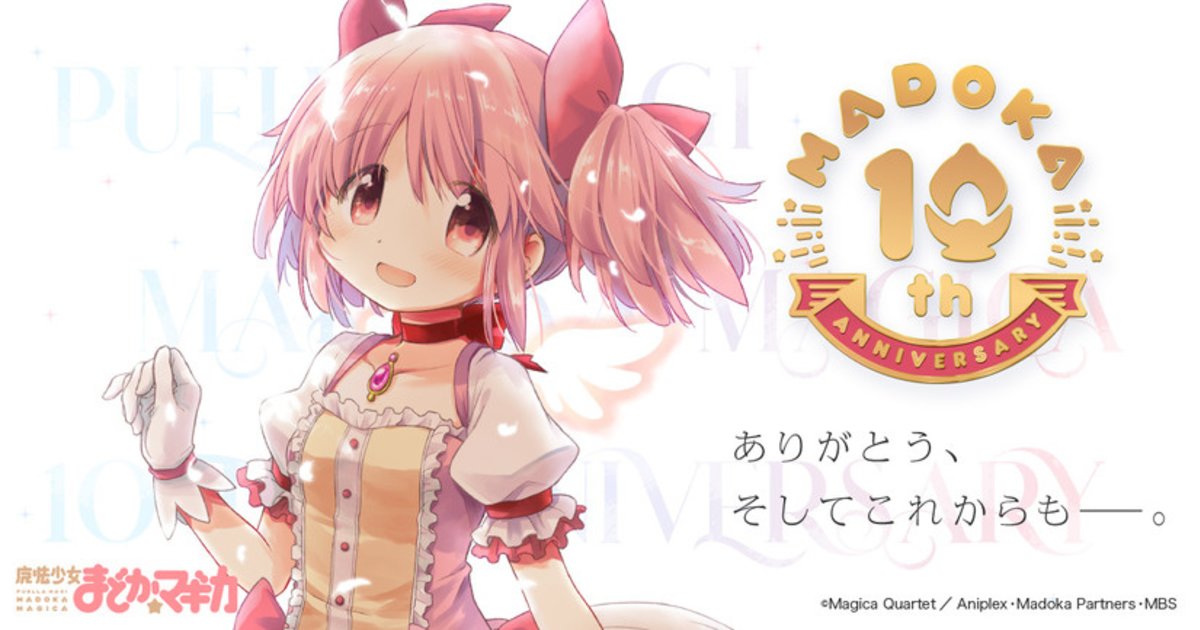 The first episode of the landmark magical girl anime aired on Jan. 7, 2011, captivating fans all over the world with the juxtaposition of its cute character designs and dark storyline. A two-part compilation movie was released in 2012, followed by an original movie in 2013.

Although details about the project are yet to be revealed, an official website has been launched for the 10th anniversary project. It currently features a commemorative logo and illustrations by character designer Aoki Ume. Illustrations by other artists and manga artists are expected to appear on the site in the future.