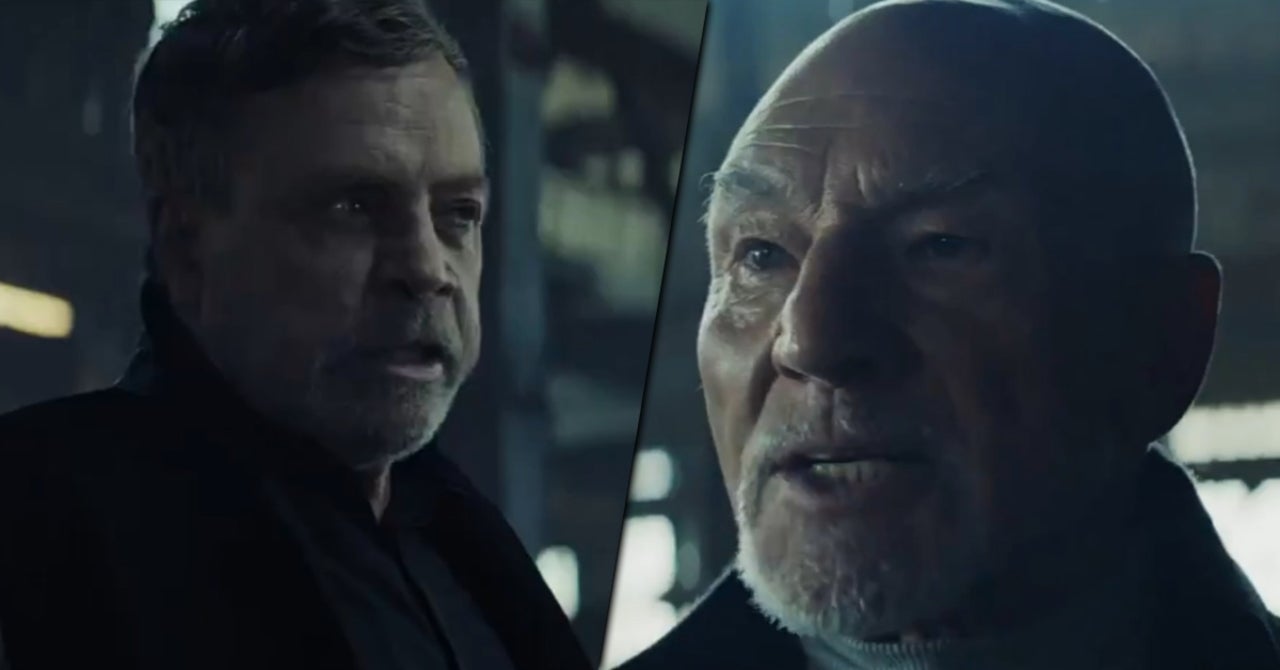 We’re finally getting the Star Wars and Star Trek crossover we deserve. Mark Hamill revealed Sunday night he and Star Trek superstar Patrick Stewart are finally appearing on-screen together — just not in the way you’d expect. Taking to his Twitter account to reveal the news, Hamill shared a teaser for an upcoming commercial for UberEats both he and Stewart are appearing in.

While not all’s revealed in the teaser Hamill shared, one thing is apparent — the two superstars can’t agree on how to say tomato. To-may-toe, to-mah-toe, right?

So @SirPatStew and I finally did it. Our @UberEats #ad is out tomorrow. Here’s something while you wait. pic.twitter.com/RF9Y3Y2NGv

“It was a scene where Marina was talking to me about Soji and talking to me about me, and so forth. Long speech,” Stewart previously said of his return to the role. “And she did it so brilliantly. It was one of those moments which happens, I think, to all actors when I stopped being in a scene and was simply an audience admiring what was going on in front of me. I thought her work was brilliant.

“The other one was almost the penultimate scene of the season when I was alone with Data in a strange, rather grim, grey room. And we were talking about his life and what he expressed as the one thing that he most missed in his life was knowing that he would die. Because of my relationship with Brent, which is very special, as are my relationships with the entire crew of the Enterprise, my principle colleagues, and there was a moment in that scene where I had to stand up out of the chair and prepare to leave the room knowing what I had agreed to do, the last thing I would do to help Data. And I had to turn and say ‘Goodbye, Commander.’ We did that shot several times because I’d get to my mark and I couldn’t say it because it was just too emotional.”