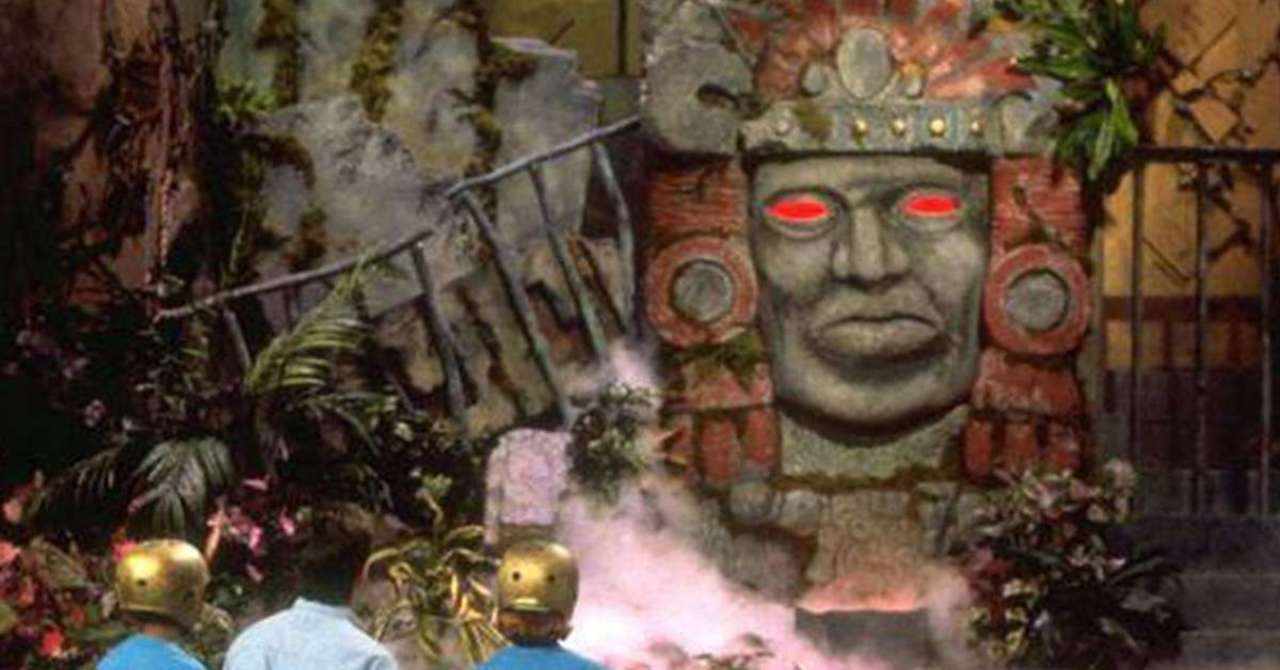 Nickelodeon is celebrating 27 years of Legends of The Hidden Temple and fans can’t believe it has been so long. Yeah, with 1990s nostalgia up and roaring, it’s not hard to find millenial viewers who couldn’t get enough of the wild gameshow on Nick back then. (In fact, those with children should check out Jedi: Temple Academy for the spiritual successor on now.) The network saw fit to make the property into a movie a couple of years ago. With other popular entries like Dora the Explorer, Hey Arnold and Are You Afraid of the Dark getting their own days in the sun, maybe Legends could see another reboot in the coming years. For now, reruns and Nick Games is all fans can cling too to get their fill of Olmec and Kirk Fogg.

However, Fogg got asked back for the film in 2017. The legend couldn’t have been more excited to get back into the harness.

it’s been 27 years since we first watched Legends of the Hidden Temple. Feeling old? pic.twitter.com/5HjErKTL9p

“When Nickelodeon asked me to be a part of the Legends of the Hidden Temple movie, I immediately went to the closet and pulled out my blue denim shirt, which has been protected by a powerful golden force field since 1995,” said Fogg. “Legends is truly a legend, and I’m honored to be a part of it again. I’m sure the Ancient Olmec had something to do with this; that rock head is pretty sneaky.”

Not to be left behind, the rock himself Olmec was voiced by the original actor Dee Bradley Baker in the film. Everyone from the old days was pumped to see the franchise’s return.

“An entire generation grew up loving Legends of the Hidden Temple. It was my first television series, and it remains one of the most popular projects I’ve ever been lucky enough to have been involved with throughout my career. I’m thrilled that Kirk Fogg and I can once again man the temple as Nickelodeon brings it back in a fresh new way. This rock is once again ready to roll!”

Did you love Legends of the Hidden Temple? Let us know in the comments! Check out the responses below: