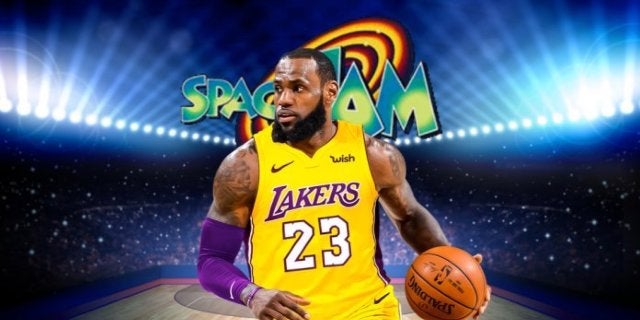 Space Jam 2 isn’t supposed to hit theaters until 2021, but LeBron James is already getting some sick footwear in honor of the film. A couple of weeks ago, Nike unveiled some sneakers that the star of the sequel will be wearing in the upcoming NBA All-Star Game. Those were modeled after the Monsters uniforms from the first movie, and that’s cool and all, but fans were wondering where the Tune Squad look was. Well, Internet sleuths came across the good guys’ model this week. Bugs Bunny and co’s colorway is a low-top model. The swoosh is even fluffy trying to emulate the famous rabbit. Red, white, and blue details completed the look.

The details continue with the classic “What’s up Doc?” catchphrase on the inside of the tongue. The sicklier has the old Tune Squad art as well. It’s one big nostalgia trip, which is what the much-anticipated sequel is shaping up to be as well. Luckily for fans, they won’t have to wait that long for the shoes to release. All-Star Weekend is almost here and the shoes will be on sale then.

Malcolm D. Lee is in the directing chair and James has been trying to make this thing happen for a long time.