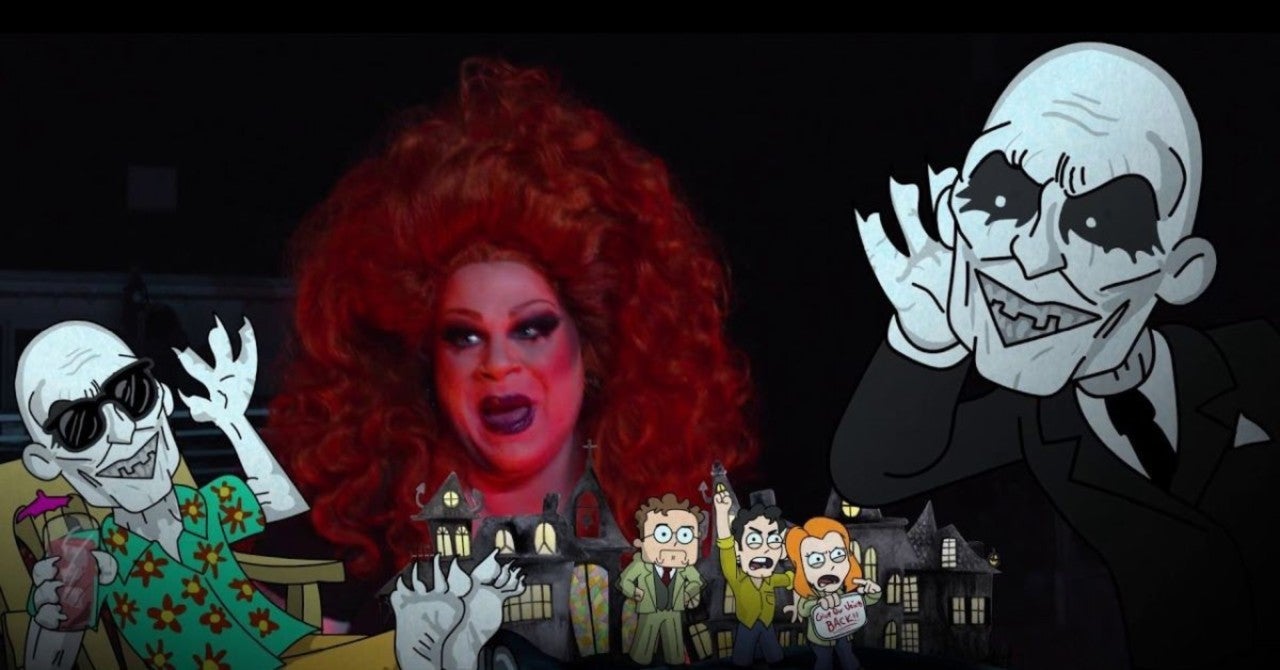 Drag Superstar Nina West is giving slay a new meaning for Halloween, debuting her new Spooktacular Variety Special Heels of Horror (streaming now on VIMEO). Included in the special is an ode to one West’s favorite TV shows (and one of ours), Buffy the Vampire Slayer, with an all-new song written by Nina West and Mark Byer that retells some of her favorite episodes from the series with an animated re-enactment of the storylines from the Sarah Michelle Gellar lead show. Featuring the voice of Saturday Night Live’s Taran Killam as well as an appearance by original Buffy The Vampire Slayer cast member Anthony Stewart Head, you can watch the video for yourself below.

Even the original stars of Buffy use their time from being on the series to get in the Halloween spirit with co-star Alyson Hannigan revealing that she uses original props from the show to decorate every October. During an interview with EW Live on SiriusXM, Hannigan revealed: “I got a lot of stuff from Buffy. I have a lot of the graveyard stuff. So that is a lot of my Halloween decorations. I have a lot of Buffy props that help decorate our house for Halloween, which is very cool because our graveyard is real spooky. It’s pretty awesome.”

“We’ve got all the tombstones that were on our little fake Buffy graveyard,” Hannigan continued. “It’s fun. It’s really nice.”

It was revealed last summer that a reboot of the popular series was officially in the works with series creator Joss Whedon developing a new version of the show with Marvel’s Agents of SHIELD alum Monica Owusu-Breen. At the time it was announced that Owusu-Breen would pen the script for the pilot which will reportedly feature a black actress stepping into the role of Buffy. There have been few updates on the series’ progression and development since then, so where its development is at in the world (as coronavirus has pressed pause and cancelled many projects) remains to be seen.

Despite being off the air for almost two decades at this point, the show has had remarkable staying power in the cultural consciousness. Comic book continuations of the show continued to be released by Dark Horse for many years, resulting in five additional “seasons” worth of stories. The rights to the series went to another publisher last year though as BOOM! Studios began publishing new Buffy comics including an ongoing series by Jordie Bellaire that continues to this day.