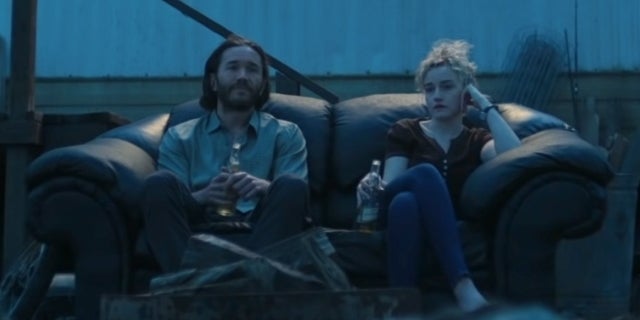 If you’re like hundreds of thousands of others, you’re either binging Ozark as you read this or at the very least, have plans to watch the Netflix thriller at some point this weekend. The hit show from the streamer dropped its much-anticipated third season earlier today, to much acclaim from critics and fans alike. While it features returns of mainstay cast members like Jason Bateman and Laura Linney, the third outing of the show also introduces actors like Tom Pelphrey and Maddie Thompson in incredible new roles within the Ozark universe. Warning: light Ozark spoilers up ahead.

In our recent chat with Pelphrey, the actor revealed he was a big-time fan of the show long before he was even being considered for a role in the series. “I watched Season One and Season Two maybe a few days after Season Two was released and I was obsessed with it,” the actor tells us. “I loved the show. I must’ve binged the entire thing in a week. I thought it was incredible. It’s exactly the kind of world that I love as an audience member, that sort of dark, exciting, heightened-stakes world where there’s also a lot of black comedy.”

That’s when Pelphrey started dropping some insight into a few moments from the show he liked, including a particularly surprising moment towards the end of the first season. “That end of Season One with the f–king dude’s f–king brains on the walls,” adds Pelphrey. “I was like, ‘What the f–k is going on?’ Like, ‘What f–king show is this? This is insane.'”

From fan to part of the production, Pelphrey eventually got the call to go in for an audition with long-time acquaintance Alexa Fogel, the casting director behind the series. “Alex, I first met about 15 years ago,” he says, concluding, “Then when this role on Ozark came up, I think she thought that it would be a good fit for me. I read it and I felt the same and went in with her and put myself on tape and got a call a week or two later that they wanted me to play the role.”

The third season of Ozark is now streaming. Have you binged it yet? What’s your season of the show thus far? Think it over and let us know your thoughts in the comments section!