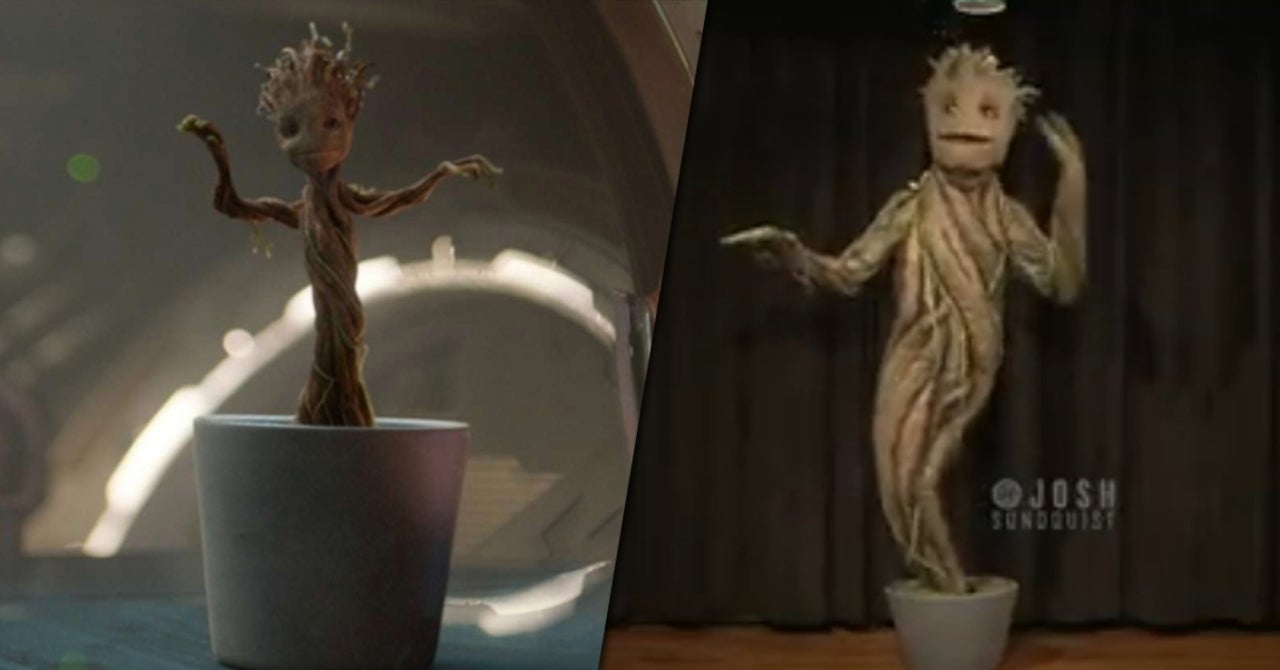 ‘Tis the season for all things spooky and between Friday and Saturday, you’re bound to see dozens of your favorite social media stars dressing up in their annual Halloween costumes. Within the past few days, we’ve seen the “most 2020” costume in this Zoom outfit, and we’ve seen Kylie Jenner dress up as a Power Ranger — and that’s only the beginning. Friday afternoon, one costume, in particular, started to gain traction online, and it was that of Josh Sundquist’s. Sundquist, former American Paralympian, current comedian, and motivational speaker unveiled his Groot costume, and it’s an early contender for best costume of the year.

Outside of his speaking, Sundquist — an amputee — has become known for annual Halloween outfits. This year, his get-up is one fans around these parts are very familiar with. Taking a page of Guardians of the Galaxy, Sundquist dressed up as Baby Groot from the fabled “dancing” post-credits scene in the first Guardians. Sundquist’s video has already caught the eye of Guardians helmer James Gunn.

At nine years old, Sundquist was diagnosed with Ewing’s sarcoma. Six years after he lost his left leg to cancer, Sundquist picked up ski racing, eventually pursuing the sport full-time. He made the US Paralympic Ski Team in 2006 and participated in the Winter Paralympics that year in Turin, Italy.

In years past, the comedian has dressed up as a partially-eaten gingerbread man, the Pixar lamp, and the leg lamp from A Christmas Story.

“In 2010, Josh wore a partially-eaten gingerbread man costume to Halloween costume to make his friends laugh,” Sundquist’s site reads. “A couple years later, his girlfriend (now wife) Ashley suggested he dress as the leg lamp from the movie “A Christmas Story.” A photo of that costume went viral. He’s been dressing up every Halloween since, and each year his costumes receive hundreds of millions of impressions around the world. They have been featured on television shows like ESPN, Good Morning America, and The Today Show, as well as the front pages of Buzzfeed, Yahoo!, AOL, and countless other media outlets.”

You can see his full gallery of costumes here.

Both Guardians of the Galaxy movies are now streaming on Disney+.