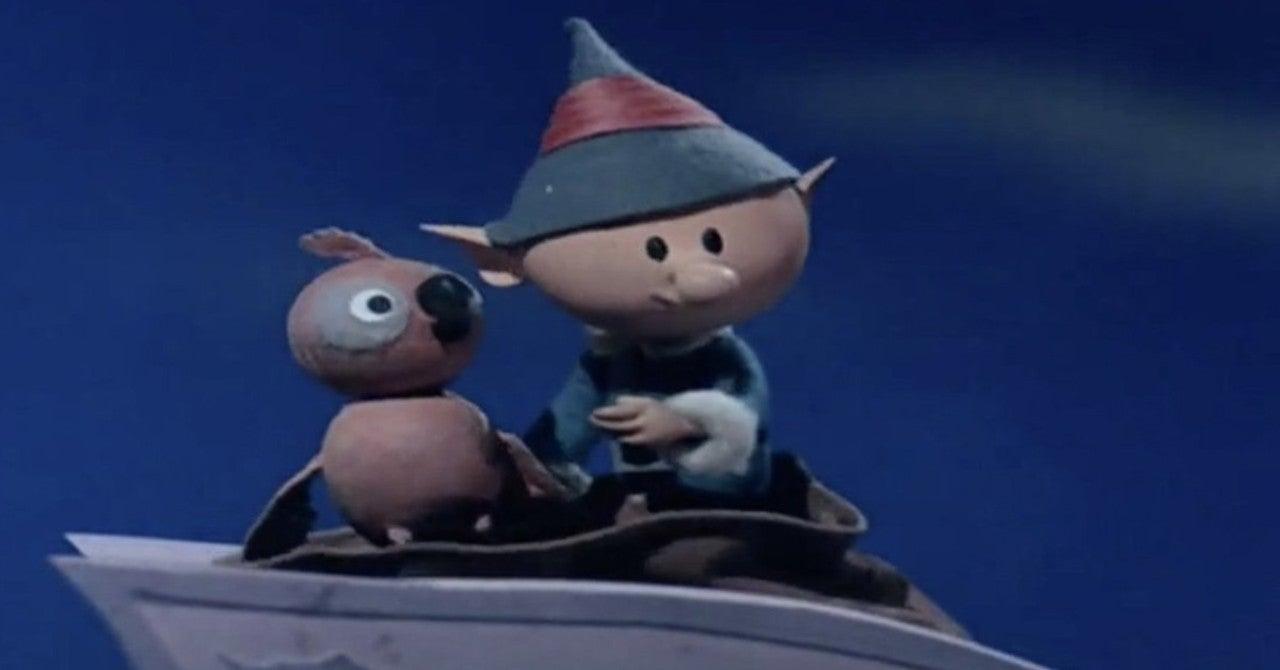 Rudolph The Red-Nosed Reindeer viewers are losing it over the death of a character. The holiday favorite was on CBS Tuesday and people quickly caught on to a sneaky detail. Near the end of the movie, an elf is discarding some of the misfit toys. But, weirdly enough, a bird toy is among the unlucky ones to get disposed of. The little birdie can’t fly and is basically a bath time toy. So, chucking it out of a sleigh at 10,000 feet might be a bit of a problem, you know? Obviously, in the age of social media, people can’t help themselves when they notice little nuggets like this. It’s become apparent that anything like this in the Rudolph special, one of the Charlie Brown ones, or Frosty is going to inspire a ton of tweets the night of. So, the Internet did its thing and everyone is pouring one out for the little bird that never stood a chance.

The puppets from the special actually sold at auction earlier this year. They ended up fetching a pretty penny. Profiles in History talked about the historic sale last month: “Profiles in History is proud to announce, two of the most iconic and rare puppets of all time, “Rudolph” and “Santa” from the 1964 classic, Rudolph the Red-Nosed Reindeer, will be going up for sale November 13th in Los Angeles. The film has not only become a classic but a holiday tradition to baby boomers and their children and grandchildren.”

Where Are They Now?

The Misfit Bird was thrown from the sleigh, and since he can’t fly, fell to its death. #RudolphTheRedNosedReindeer #LiveTweetRudolph #Rudolph pic.twitter.com/2oQmFkDDVc

They added, “The rarity of these puppets cannot be overstated. These primary character puppets are the only examples from this multi-generational holiday classic that Profiles in History has ever encountered! They remain icons in stop motion animation as well as American pop culture. They will be sold together as one lot that is estimated to sell for $150,000 – $250,000.”

Do you love Rudolph? Let us know down in the comments! Check out the responses down below:

we have arrived at my favorite part of Rudolph…the end where the elf chucks the bird who can’t fly out of the sleigh…every year I watch it hoping for an explanation, a clue as to why, and nothing. That poor, poor bird. pic.twitter.com/pasrCRL6eX

I still love the fact that at the end of Rudolph, that the elf in Santa’s sleigh throws the flightless bird out of the sleigh without the umbrella.. he gives every other toy an umbrella besides the bird that says earlier on in the movie that it can’t fly..

No matter what my age I love watching Rudolph the Red
Nose Reindeer….

Rudolph is on. Spoiler alert. The flightless bird from misfit island is murdered during the ending credits. Merry Christmas.

“How would you like to be a bird that doesn’t fly?” this Misfit Toy in Rudolph complains. “I swim!”

I… think that’s called a penguin. They’re not misfits! Everybody loves penguins!