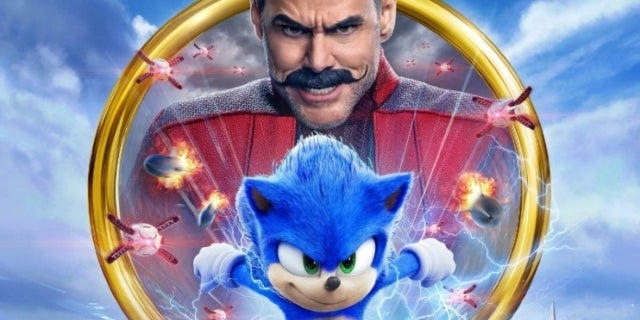 Sonic the Hedgehog filmmakers faced a hurdle when the movie underwent a months-long delay over a needed redesign of its titular character, but it was Sonic’s mustached nemesis Dr. Robotnik (Jim Carrey), a.k.a Eggman, who posed an even bigger challenge when bringing the speedy blue hedgehog from the video game world to the real world. According to director Jeff Fowler, there was a desire to take the “mustache-twirly” video game bad guy and make him a “little bit more grounded” for the live-action movie that partners Sonic (voice of Ben Schwartz) with Green Hills sheriff Tom Wachowski (James Marsden) on a high-speed mission to thwart Robotnik’s plans for world domination.

“With Robotnik, there wasn’t quite so much to pull from with the source material, because he is very moustache-twirly, and for the purposes of the film, we were trying to keep him a little bit more grounded,” Fowler told Digital Spy. “I mean, we still obviously had a lot of fun with the character. The development that went into him, and all of that, was made so great, just by the casting of Jim Carrey, and all the ideas that he brought to it. It just felt like he really responded to the character in the most incredible way, and had so many ideas for how to develop him.”

The rubber-faced actor, well-known for his improvisation, brought “so many great ideas and pitches.”

“Really, it’s just so much fun to see what he’s cooked up, and to be trying stuff,” Fowler said. “We were always doing [alternate takes], or just coming up with different gags and ways to do the scene. That just gave us a lot of really great options when it came to editing.”

For Carrey, the star noted comparisons between Robotnik and his role as comic book bad guy the Riddler in 1995’s Batman Forever.

“Well, I think I think they’re both basically spinning. They’re both spinning in the tree of knowledge. They’re leaping from branch to branch and falling occasionally,” Carrey previously told ComicBook.com. “I wouldn’t put one against the other. I think they’d be a great team. But you know, it’s like Robotnik and every super villain basically comes from a place of neglect with a feeling of absolute worthlessness that manifests itself in magnificent creations that are designed to control the world, put their brand on everybody, and maybe even get inside your bloodstream with some nanotechnology occasionally.”

Sonic tries to navigate the complexities of life on Earth with his newfound best friend — a human named Tom Wachowski. They must soon join forces to prevent the evil Dr. Robotnik from capturing Sonic and using his powers for world domination.