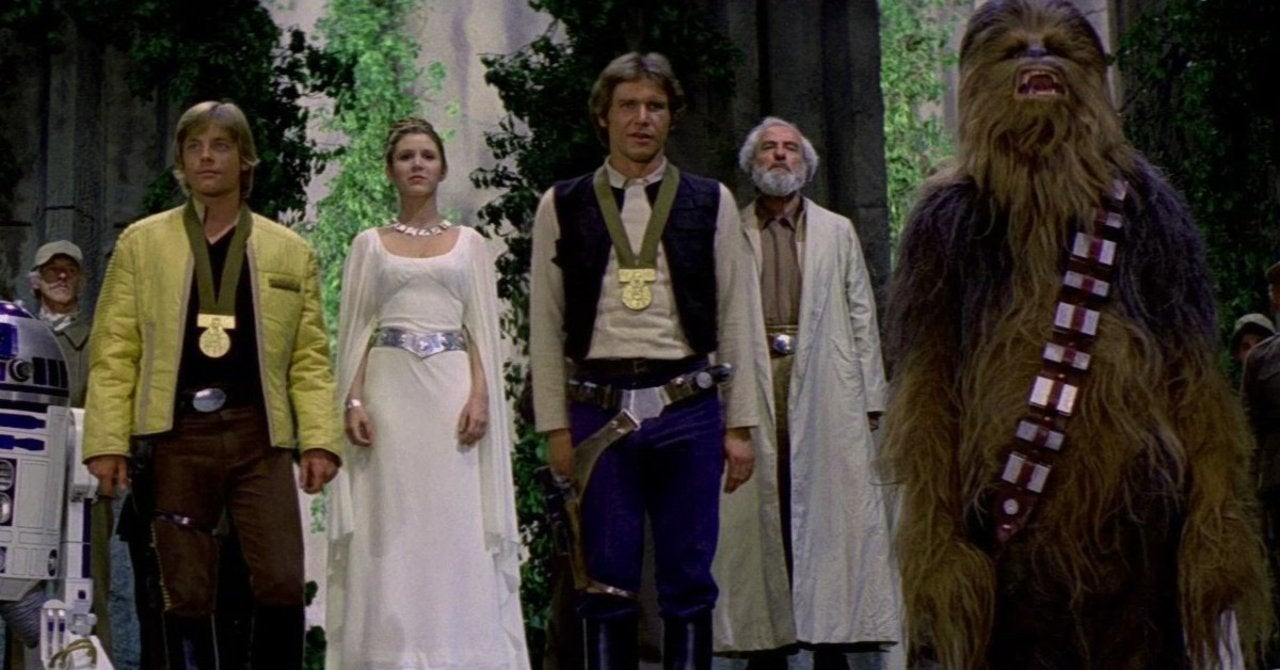 Earlier this month, Star Wars fans celebrated the saga on May the 4th, a date which Disney and Lucasfilm often celebrate as the official “Star Wars Day,” but other fans instead choose to celebrate the film that launched the beloved franchise on the anniversary of its release, as Star Wars: A New Hope debuted on May 25, 1977. Some fans of the series are so devout, they choose to ignore the “A New Hope” subtitle, as it wasn’t until the film was re-released in theaters ahead of the premiere of Star Wars: The Empire Strikes Back that the original film earned that subtitle, confirming that these films were entries into an overarching storyline.

It’s hard to overstate the impact A New Hope had on not just the world of sci-fi, but all of cinema and even storytelling as a whole, given that its legacy has gone on to inspire countless storytellers in the decades since its debut.

Scroll down to see Star Wars fans celebrating the release of Star Wars: A New Hope!

Can’t Imagine a World Without It

43 years ago today, #StarWars Episode IV: A New Hope was released and made movie history. Luke Skywalker, Princess Leia Organa, Han Solo, Chewbacca, C-3PO, R2-D2 and so many other characters became part of pop culture. I can’t imagine a world without Star Wars. Can you? pic.twitter.com/Kejb2OTIFj

Happy birthday to the first ever Star Wars film, Star Wars: A New Hope. It may not by my favourite from the Original Trilogy but it’s still amazing and gave us some great moments in the Saga. Moments that hit different after the Prequels and Clone Wars. #StarWars #StarWarsDay pic.twitter.com/aQ4e2OiUMI

On this day in 1977 childhoods the world over are changed forever with the release of ‘Star Wars: Episode IV – A New Hope’.

Six years to the day later ‘Return of the Jedi’ is released.

“May the force be with you…” pic.twitter.com/1d1VbMokJV

43 years ago today the start to an epic adventure. ‘Star Wars: Episode IV – A New Hope’ was released in theaters. Some polaroids from the set. pic.twitter.com/VUlkHeH1Aw

On this day in 1977, the first Star Wars movie went to theaters. A New Hope was the beginning of one of the greatest Sci Fi universes to ever hit the spotlight. Thank you, George Lucas, for your endless creativity. pic.twitter.com/yfZcvbZOR1

Happy Birthday Star Wars!43 years ago today was the international release of Star Wars A New Hope.A day all our lives changed for the better.MTFBWYA pic.twitter.com/VqjWIytGye

today is the 43 year anniversary of the very first Star Wars film which changed the world forever in 1977, the legendary, Star Wars Episode IV – A New Hope!! pic.twitter.com/MqUGyxlL3S