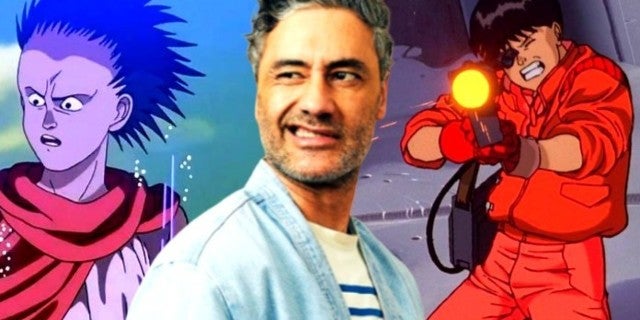 After many updates made it seem like the movie was finally going to see the light of day, news came last summer that Taika Waititi‘s Akira movie had been put on hold by Warner Bros. Days later it was confirmed that Waititi would return to the Marvel Cinematic Universe with the upcoming Thor: Love and Thunder, which put into the open just why the highly anticipated anime adaptation was put on ice. Speaking in a new interview, Waititi opened up about the project and its delay in filming, saying he’s not sure he’ll be involved with it when it does happen.

“The whole thing went on hold, ” Waititi reiterated to Variety. “We had to keep pushing the dates, and it encroached on the ‘Thor’ dates, which were immovable. So ‘Akira’ ended up shifting two years down the track. Post-Thor (Love and Thunder). So I’m not sure if even in two years I’d be — I don’t know what I’m doing in f—ing two days….I think eventually it will happen. I’m just not sure if I’ll be doing it.”

Akira has been infamous for repeated movements toward live-action Hollywood adaptation, only to see those efforts fall apart in development. Waititi’s version of the project seemed to be the one that would make it since it already had a release date, a production start date, as well as a first synopsis that caused a lot of controversy with longtime fans, due to its massive changes to the source material. In the end, this version may not ever make it to the big screen either. It was reported previously that Warner Bros. Pictures was “surprised” and “caught off guard” by the announcement that Waititi was returning to the MCU, meaning they might be eager to move on with a different filmmaker while Waititi works with Thor.

Waititi is currently in the post-production process on his new movie Next Goal Wins, based on the 2014 soccer documentary of the same name and starring Michael Fassbender and Elisabeth Moss. The newly christened Oscar winner will dive head first into Thor: Love and Thunder as it will begin filming this summer. He’ll be reunited with Chris Hemsworth as the titular hero while also bringing back Natalie Portman. The actress, who previously cast doubt on ever returning to the MCU, will return as her character Jane Foster but this time finding herself wielding the hammer.

Thor: Love and Thunder is scheduled to debut in theaters on November 5, 2021.