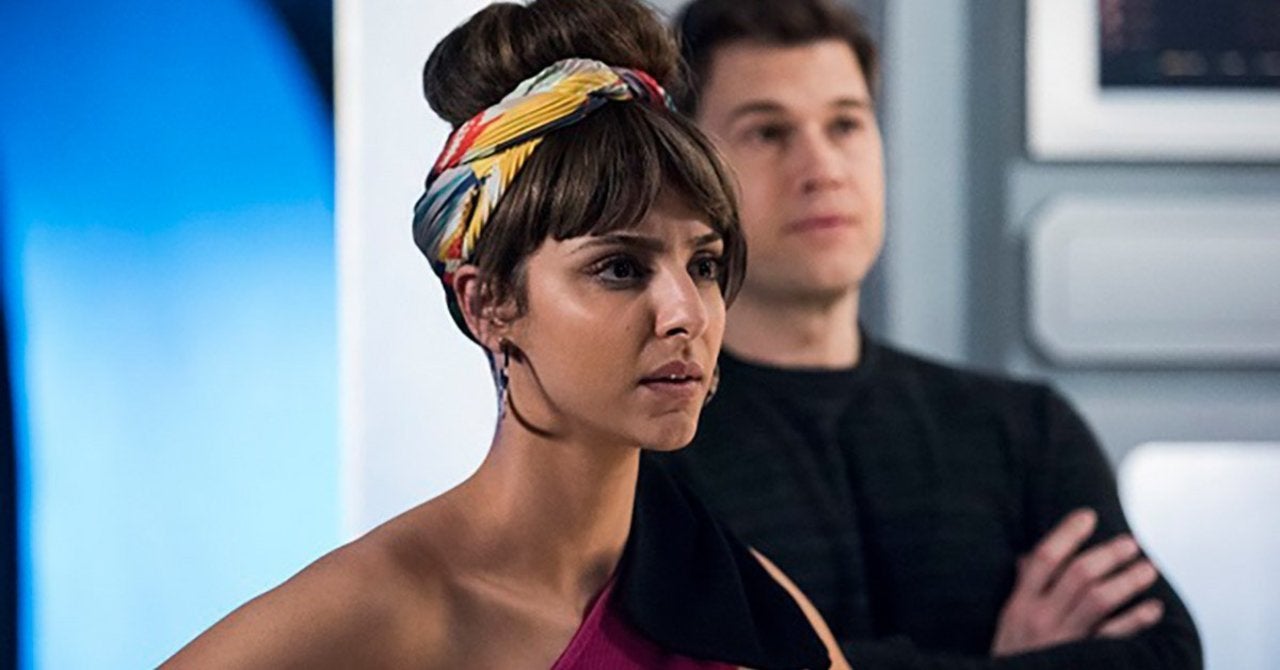 Production on the sixth season of The CW‘s DC’s Legends of Tomorrow got underway last week and series star Tala Ashe is marking the occasion by sharing the many faces of her character, Zari, on Instagram. In a post featuring 24 different looks for the character, Ashe celebrated being reunited with the show’s cast and crew while also acknowledging how difficult the past eight months have been, sharing that she just didn’t feel the time was right to share her character selfies from last season until now.

“I usually post this plethora of character selfies at the each of season, but frankly it hasn’t seemed important with everything [very important, sad, and enraging] going on over the last 8 months,” she wrote. “But yesterday we started work(!) on season 6 of Legends of Tomorrow and I am so damned happy to be reunited with the cast and crew. So grateful and excited to get back to it and hope to bring you some distraction/entertainment in 2021.”

Last week, the show’s official Instagram also showed off some behind-the-scenes shots as things got underway, including images of the cast wearing their masks as part of COVID-19 safety protocols, protocols that are allowing production on Legends as well as other of The CW’s Arrowverse series to get underway. While the protocols, which include COVID-19 testing, present new challenges, series writer Grainne Godfree said during the show’s DC FanDome panel, it’s something that feels like a challenge the Legends can take on.

“Every season we try to go bigger and zanier, which is also interesting this season when we’re trying to be safe and film during possible quarantine,” Godfree said. “But I feel like if any show can do it the Legends can do it.”

Here’s the synopsis for the forthcoming season:

Having spent last season trying to track down the Loom of Fate in order to bring back their slain comrades, the Legends must now save history from a foe like none they’ve encountered in the past or future. Co-captains of the time-ship Waverider Sara Lance (Caity Lotz) and Ava Sharpe (Jes Macallan) have dealt with monsters, time anomalies, and most recently, villains from Hell, but this season they will face something even more challenging and bizarre … space aliens! After one of their own is abducted by a ruthless alien, this new mission becomes personal. It will take more than the combined powers of a dark magician, John Constantine (Matt Ryan); a semi-reformed arsonist, Mick Rory (Dominic Purcell); historian who transforms into steel, Nate Heywood (Nick Zano); and a brother-sister wind-totem-wielding duo, Zara Tarazi (Tala Ashe) and Behrad Tarazi (Shayan Sobhian) to save the world for a sixth time. They must recruit a new Legend, a woman who was abducted by aliens when she was a child and supposedly imbued with powers that will help the team defeat their intergalactic foes. Either that or she’s just crazy… Based on the characters from DC, DC’S LEGENDS OF TOMORROW is from Bonanza Productions Inc. in association with Berlanti Productions and Warner Bros. Television, with executive producers Greg Berlanti (“Arrow,” “The Flash,” “Supergirl”), Phil Klemmer (“The Tomorrow People,” “Chuck”), Grainne Godfree (“The Flash”), Keto Shimizu (“Arrow”), James Eagan (“Ash vs Evil Dead,” “Hellcats”) and Sarah Schechter (“Arrow,” “The Flash”).

DC’s Legends of Tomorrow will return in spring 2021.