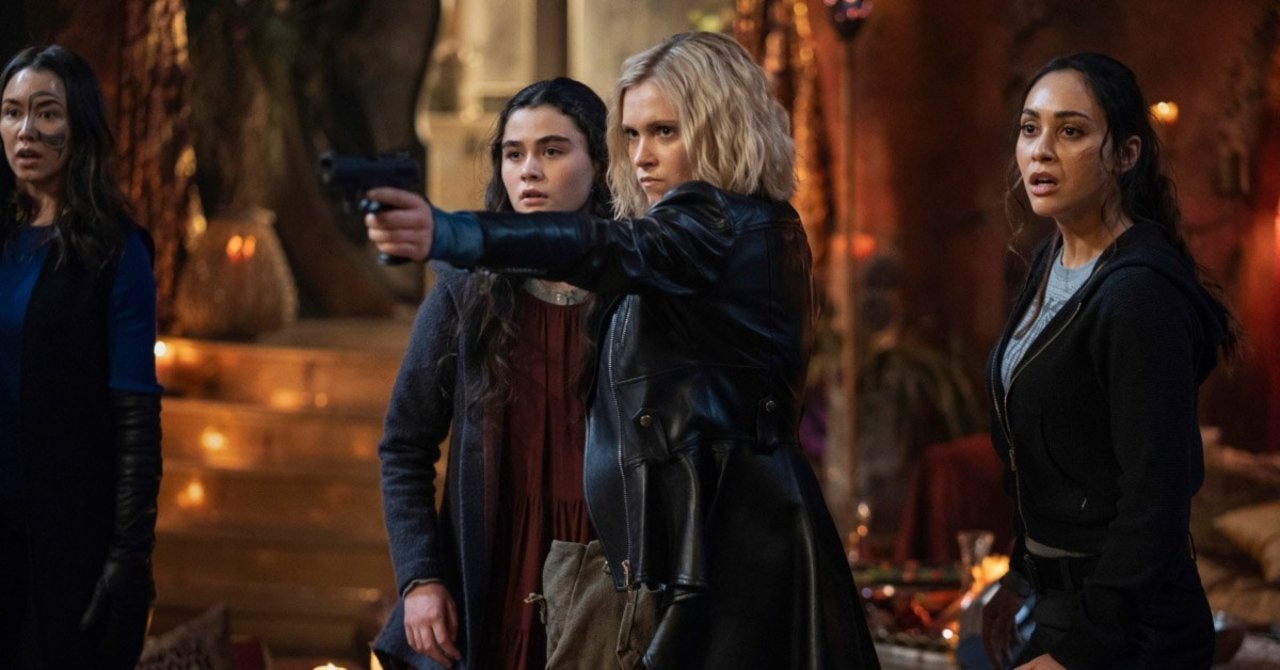 For a show that’s no stranger to surprising deaths of beloved characters, Wednesday night’s episode of The CW‘s The 100, “Blood Giant”, hit fans with what may be its most shocking end yet. And while series showrunner Jason Rothenberg has explained why it had to happen how it happened and why now, fans of the long-running series are shaken at the surprising turn of events, with some even declaring that The 100‘s final season to be even worse than that of Game of Thrones.

Warning: spoilers for Wednesday’s episode of The 100 “Blood Giant”, below.

At the end of Wednesday’s episode Bellamy (Bob Morley) is shot and killed by Clarke (Eliza Taylor). Two of the closest characters on the series over the years, it was a shocking turn. Bellamy, having sided with the Disciples cult over his friends, was left with a sketchbook that would have revealed to cult leader Cadogan (John Pyper-Ferguson) that Clarke’s adoptive daughter, Madi (Lola Flanery) had fragments of the Flame in her mind, thus putting Madi in danger once Bellamy told Cadogan. Knowing Bellamy would turn that information over, Clarke shot him in the chest.

While fans hoped that this was not, in fact, a final death for Bellamy, showrunner Jason Rothenberg soon took to social media to confirm that it was, indeed, real.

“For 7 seasons, The 100 has been a show about the dark things that humanity will do to survive and the tool those deeds take on our heroes’ souls,” Rothenberg shared on Twitter. “We knew Bellamy’s death had to go to the heart of what the show is all about: Survival. Who you’re willing to protect. And who you’re willing to sacrifice. His loss is devastating, but his life and his endless love for his people will loom large and affect everything that comes after, to the very end of the series finale itself. We thank Bob for his beautiful work over these long years and wish him all the best in his future endeavors.”

And well… fans are not happy. For many fans of The 100, Bellamy’s death was just bad writing and a waste of character development over the past seven years. Others pointed out how cruel of a move it was as it will ultimately inflict more pain and suffering on a character that, for some fans, is arguably the most tortured on the show — Bellamy’s sister, Octavia (Marie Avgeropoulos), who has at this point lost everyone she loves. To express their shock and disappointment, fans have been very vocal on social media, calling out the showrunner for the decision as well as commiserating with fans of another “ship” on the show that was ended seemingly needlessly seasons earlier.

Read on for how fans are reacting to Bellamy’s death on The 100 and let us know your thoughts in the comments.

i haven’t watch the 100 in years cause the writing is just bad, but bellamy blake was one the most important characters during my teenage days and the way he went down feels wrong, i don’t mind him dying, but lately western writers don’t know how to properly kill characters

What a waste of character. Can you imagine building up a character for 7 seasons just to flush all their development in the toilet and then kill them off, for a reason that ultimately amounts to nothing. #The100

Welcome to the Blumhouse Full Horror Movie Trailers Released
The Boys’ Jack Quaid Thinks Bioshock Should Be Turned Into a TV Series
Mark Hamill and Patrick Stewart Star in Insane UberEats Commercial
Superman & Lois: How the Show Differs From Other Superman Adaptations
Legend of the Galactic Heroes: Die Neue These to Receive Sequel Project!