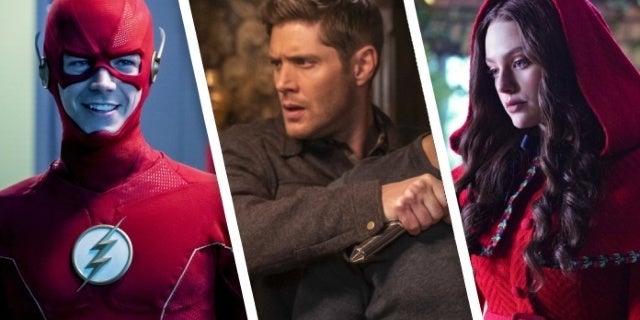 The COVID-19 pandemic has had a profound impact on the entertainment industry, as a slew of movies and television shows were forced to shut down production so their cast and crew could self-isolate. This has had a particularly interesting impact on The CW‘s slate of original programming, as many of the shows were still filming before the shutdowns were put in place. With the overall timeline of the pandemic currently unclear, some have begun to wonder exactly how delayed the network’s shows will end up being — and it looks like we’ve begun to get answers. According to a new report from Variety, The Flash, Supernatural, and Legacies have all postponed the endings of their respective seasons, as they are not able to finish production in the immediate future. There is no indication of when the seasons will resume production – much less resume airing – but the hope is to have them wrap up “later in 2020”.

While production on The Flash has been shut down since March 13th, the series reportedly has enough episodes to air through Tuesday, May 19th. It’s unclear exactly how many episodes that will end up being, in part because the show is on a hiatus until at least April 14th. Once the May 19th episode airs, the series will then go on hiatus, with the hope of finishing its sixth season later in 2020. Stargirl, an upcoming DC Universe series that is also set to air on The CW, will air its premiere episode after The Flash on May 19th, and will take over the 8/7c time slot in the weeks after.

Supernatural aired its final completed episode this past Monday, with co-showrunner Andrew Dabb explaining that the fifteenth and final season can not currently be finished due to various post-production elements. Beginning next Monday, March 30th, the show’s 8/7c time slot will be filled by Whose Line Is It Anyway.

Legacies, which is currently in the middle of its second season, will air its final completed episode tonight, March 26th. Beginning on April 16th, the show’s Thursday 9/8c time slot will be taken over by the second season of In The Dark, which will be premiering earlier than initially planned.

At the time of this writing, it is unclear what the future holds for the network’s other original shows that were in the middle of filming, including Supergirl, Batwoman, and Riverdale. Riverdale, in particular, has had production shut down since March 11th, after a member of the show’s crew was believed to have been exposed to the coronavirus.

What do you think of The CW postponing several of its season endings? Share your thoughts with us in the comments below!