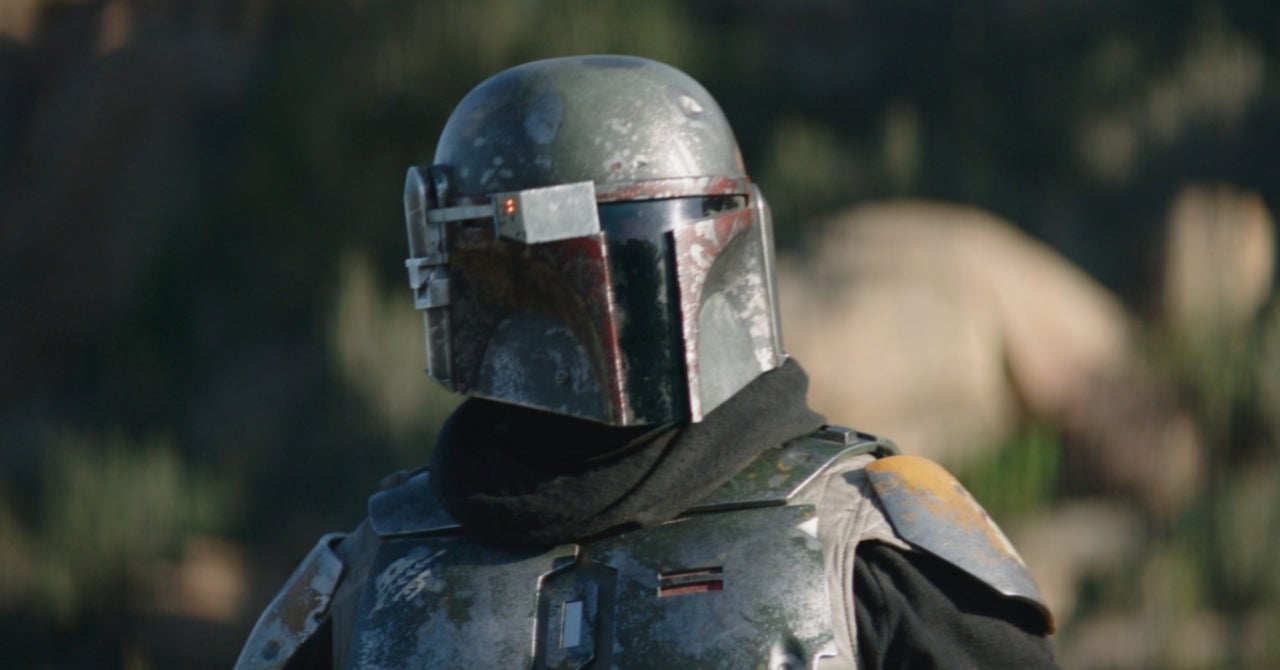 The Mandalorian director Robert Rodriguez says he used his costumed children and an army of Star Wars toys to visualize the Boba Fett (Temuera Morrison) versus Stormtroopers action sequence in “Chapter 14: The Tragedy.” After revealing he was a “last-minute replacement” for another director on the Jon Favreau-created Star Wars series, the Sin City and Alita: Battle Angel filmmaker describes how he used a homemade presentation to show Favreau and executive producer Dave Filoni how he planned to pit a gaffi stick-wielding (and then armored) Boba, along with Fennec Shand (Ming-Na Wen) and Din Djarin (Pedro Pascal), against a squadron of Moff Gideon’s (Giancarlo Esposito) Stormtroopers:

“I ended up turning a three-page battle scene into a nine-minute battle scene because I was just that excited to be bringing Boba back,” Rodriguez says in Disney Gallery: The Mandalorian, a season 2 making-of special released on Christmas Day. “I told [Favreau]: ‘I’ve been waiting to see this version of Boba Fett since I was a kid. Boba has to be different, he can’t just seem like another Mando. He has to move differently; feel different; occupy a completely different space; and have a weight and gravitas to him that shows why he’s such a legend.'”

Rodriguez added, “I wanted him to live up to his name that we would whisper since we were kids [and] be that mysterious character with a past that makes you want to know more about him. If Mando is a gunslinger, then Boba needs to be a barbarian.”

In his backyard version of the action scene, Rodriguez recruited his young sons, some Halloween costumes, and numerous Star Wars action figures to record a walkthrough of the sequence set on the planet Tython.

When Rodriguez said he “didn’t have anything else on hand,” he recounted Filoni saying: “That makes it the coolest animatic ever!”

While an armored Fett did appear in the remaining two episodes of the season, Rodriguez handled the character’s shining episode as if it was “the only other time or episode that we’ll even see Boba Fett.”

“It needs to satisfy. I don’t want to take for granted that he’ll show up later in other episodes,” Rodriguez said. “He needs to be all things — right here, right now. That’s what Boba Fett is all about. This episode needed to say: ‘Boba is back,’ and that was my main personal mission.”

Season 2 ends with a post-credits tag teasing The Book of Boba Fett, a Mandalorian spin-off premiering on Disney+ in December 2021.

WandaVision Could Tie Into Doctor Strange 2 Through Wundagore
The Mandalorian Star Wants Pre Vizsla to Come to Live-Action
WandaVision: How Do You Cut Vibranium?
How Not to Summon a Demon Lord Season 2 Releases Main Visual!
Harry Potter Star Admits He’s Embarassed By His Own Acting In Series