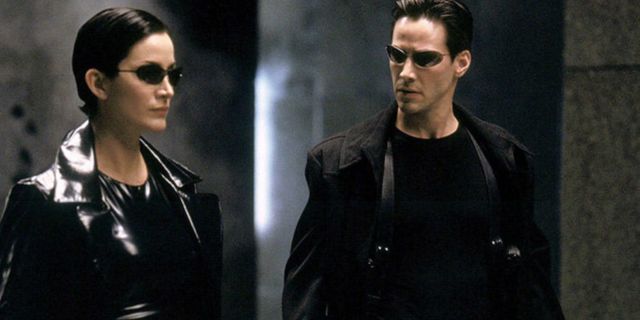 There are a lot of questions surrounding the future of The Matrix 4 now that production is in full swing, with many fans wondering how Neo and Trinity will return in what could be a new era of war between man and machine. While we knew that actors Keanu Reeves and Carrie-Anne Moss would return for the sequel along with newcomer Yahya Abdul-Mateen II, we didn’t exactly know how involved they would be. But now we have our first look at Neo and Trinity on the set for the new movie as the actors appear to be filming an epic stunt.

In the video, Trinity seems to be right at home on a motorcycle while Neo clutches as her passenger. It’s interesting that Reeves’ new version of Neo appears to look very similar to John Wick…

Take a look in the video below!

There are questions about the future of the franchise, and we still don’t know many details about the new movie. But Warner Bros. Pictures has a lot of faith in director Lana Wachowski, who directed the original trilogy with her sister Lilly and is helming the new film.

“We could not be more excited to be re-entering The Matrix with Lana,” said Warner Bros. Chairman Toby Emmerich last year. “Lana is a true visionary — a singular and original creative filmmaker — and we are thrilled that she is writing, directing and producing this new chapter in The Matrix universe.”

“Many of the ideas Lilly and I explored 20 years ago about our reality are even more relevant now. I’m very happy to have these characters back in my life and grateful for another chance to work with my brilliant friends,” Wachowski said in a statement.

While both Moss and Reeves are returning to reprise their iconic roles, the film is reportedly going to focus on a new character played by Abdul-Mateen, who expressed reserved excitement when talking about the film’s plot.

“I would love to talk about The Matrix!” Abdul Mateen II said. “But I’m very excited to do it. A great team and I think there’s going to be a lot of … it’s a very exciting relevant script that I’m honored to be a part of.”