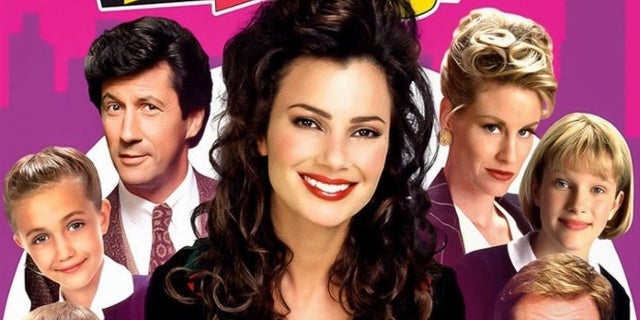 Many of the biggest television shows of years past have made their way onto some sort of streaming platform at this point, including major hits like Friends, The Office, Frasier, Cheers, Family Matters, Golden Girls, Full House, Grey’s Anatomy, and more. That said, there are still a few shows that haven’t popped up on a major service for whatever reason, and one of those includes Fran Drescher‘s The Nanny. The hit show was a favorite from 1993 to 1999, and Drescher recently teased that a whole new legion of fans will get a chance to watch it, though she wasn’t spilling the beans on which streaming service it would be coming too.

A fan tweeted at Drescher and begged for The Nanny to be put on a streaming platform, and Drescher responded with a promising tease that points towards later this week for a big announcement, saying “Awe hang in! We got a surprise for you! Announcement this week! Stay tuned! Weeeee!!!👏🏼”

It remains to be seen where it will show up, but Hulu or Amazon Prime would be the likely suspects. Netflix is more into its original programming these days, but Hulu and Prime are always looking to build up their classic TV show lineup of favorites.

Awe hang in! We got a surprise for you! Announcement this week! Stay tuned! Weeeee!!!👏🏼 https://t.co/DTe4rE6IRc

You can find the official description for The Nanny season 1 below.

“Fran Drescher, Charles Shaughnessy, Daniel Davis, Lauren Lane, Nicholle Tom, Benjamin Salisbury, Madeline Zima, and Renee Taylor star in this hilarious sitcom about the nanny with the face from Vogue and the voice from Queens. This DVD collection includes all 24 episodes from the first season of this hilarious show. Fran Drescher stars in her defining role as street-smart Fran Fine, a diva down-on-her-luck who finds herself hired for a job she never even applied for! Now, she’s the nanny for a rich, sophisticated family in Manhattan, and when this blue-collar girl from the block moves in with the blue blood, widowed Broadway producer and his three children, comedy is red hot!”

Hopefully, we find out which streaming platform The Nanny is headed too soon because at the moment people can use all the streaming content they can get.

Are you excited for The Nanny to hit streaming? Let us know in the comments or hit me up on Twitter to talk all about the show!