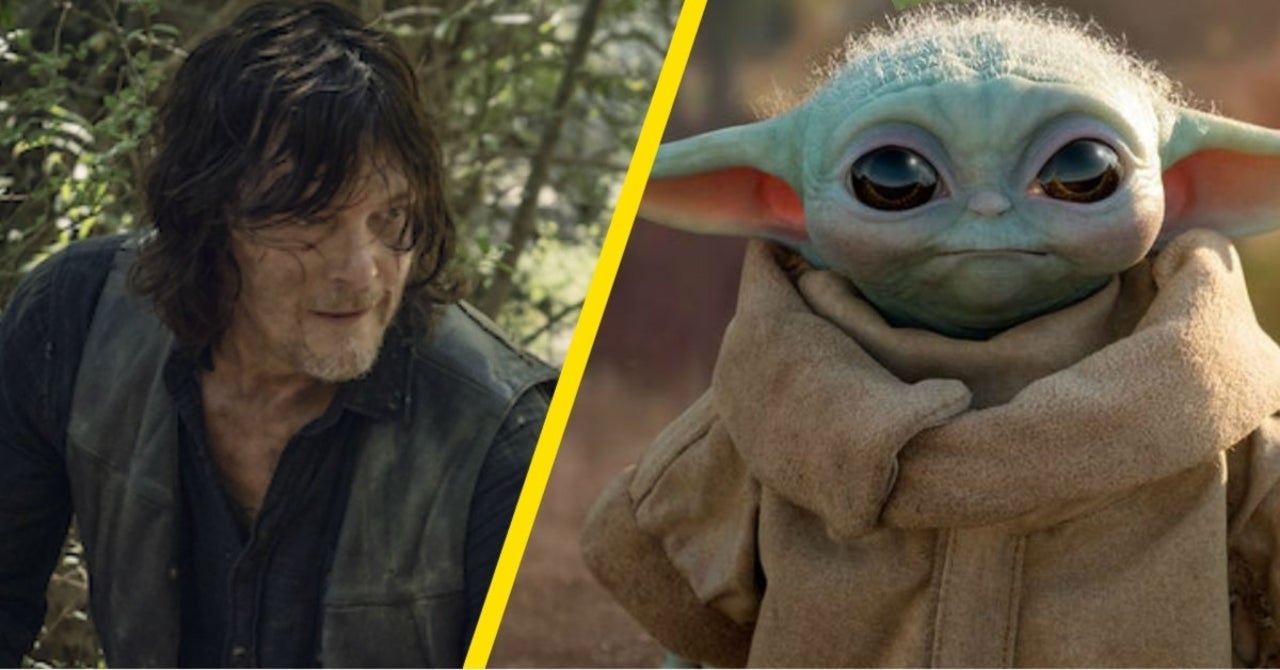 October is gearing up to be an exciting month for TV fans. It was revealed yesterday that Star Wars: The Mandalorian‘s second season is premiering on October 30th, and The Walking Dead‘s season 10 finale is set to air on October 4th. The episode will be followed by the premiere of the new spin-off series, The Walking Dead: World Beyond. The sixth season of Fear the Walking Dead is also expected to return on October 11th. Yesterday, the official account for The Walking Dead celebrated these facts with a fun post on Twitter.

“So you’re telling me we get THREE #TWD shows, the comics in color, and more Baby Yoda all in one month?! Maybe this year is turning around! (Cuts to murder hornets plotting their attack with October circled on their calendar),” @TheWalkingDead wrote. You can check out the post below:

So you’re telling me we get THREE #TWD shows, the comics in color, and more Baby Yoda all in one month?! Maybe this year is turning around!

(Cuts to murder hornets plotting their attack with October circled on their calendar) https://t.co/Loe3ygFTmr

It had been previously hinted that The Mandalorian would be returning to Disney+ in October, but the specific date was never mentioned. There have been a lot of questions surrounding the originals on Disney+ this fall, considering The Falcon and The Winter Soldier was supposed to arrive around the same time but hasn’t had a chance to finish filming due to the coronavirus pandemic. Fortunately, The Mandalorian didn’t run into those same issues. Production on the second season concluded before the pandemic caused widespread shutdowns.

The second season of The Mandalorian should be a big one for Star Wars fans, as it will bring characters like Ahsoka Tano and Boba Fett into the fold. Rosario Dawson is reportedly playing the beloved Jedi from Star Wars: The Clone Wars, while Temuera Morrison will be taking on the mantle of the iconic bounty hunter. There still hasn’t been any clarity as to whether or not those were Boba Fett’s boots that mysteriously appeared in Season 1.

In Season 2, Giancarlo Esposito’s Moff Gideon will also play a bigger role, having just appeared in the final episodes of the first season. During a recent interview with Collider, Esposito said that he performed plenty of stunts for the new installment.

“I don’t want you to have any spoilers, but I did all my stuntwork on my own, without a lot of rehearsal, even though it’s a fairly big budget, technological piece with the volume and all the things that are going on,” Esposito said. “Sometimes that leaves less time to pay more attention to, and the stuntwork, by the way, has been with an Emmy nomination as well, to do that.”

Are you looking forward to the second season of The Mandalorian? What about the upcoming The Walking Dead content? Let us know in the comments!