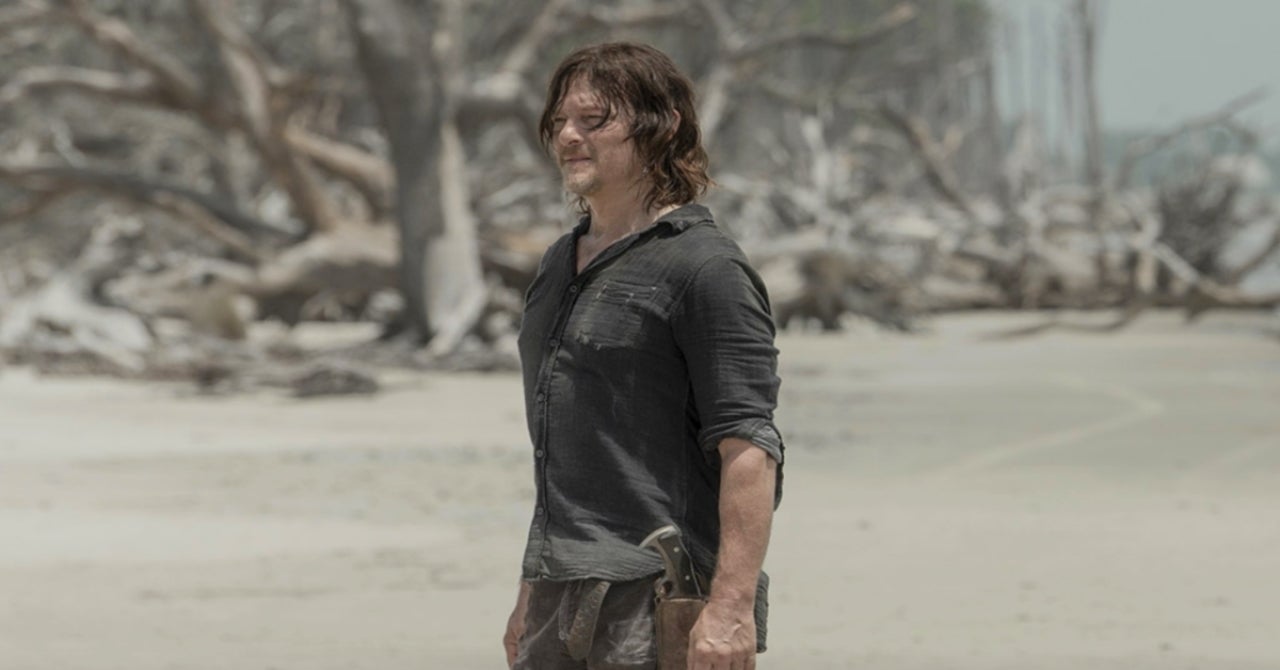 The Walking Dead sparked an online debate with a tweet prompting fans to name the soulmate of Daryl Dixon (Norman Reedus), who has not had a romantic storyline in his ten seasons with the series. The tweet is part of a cross-promotion with upcoming AMC series Soulmates — about the discovery of a test that unequivocally determines a person’s soulmate — and asked fans to name “Daryl’s soulmate for survival.” Listed as options are Daryl’s longtime best friend Carol (Melissa McBride), new ally Connie (Lauren Ridloff), since killed-off farm girl Beth (Emily Kinney), and Dog, Daryl’s canine companion.

“Daryl is his own soulmate, he doesn’t need another person to be his happiness,” reads one viewer’s response. “He’s someone who enjoys his friends, and helping out when need be, but he does better by himself.”

Some fans believe the answer is Carol, who recently split from husband King Ezekiel (Khary Payton), while others argue its Connie, whose disappearance in the 10B midseason premiere left Daryl distraught.

Does Daryl have a soulmate? pic.twitter.com/B4LGOkQ2B3

Executive producer and showrunner Angela Kang previously referred to best friends Daryl and Carol as soulmates “whether or not their relationship ever goes into romantic territory,” telling TVLine in a 2019 interview, “They are tied to each other in this world and have been through so much together.”

Kang previously stated The Walking Dead is “not trying to pit any shippers against each other,” referring to fan factions calling for Daryl-Carol (“Caryl”) and Daryl-Connie (“Donnie”) romances.

“I think the interesting thing is everybody ships Daryl with somebody else,” she told Insider. “I think we’ve always tried to portray that Connie and Carol actually really like each other, and I think that we’ve shown that Carol thinks that Connie is maybe a good person for Daryl.”

In March, Reedus hinted The Walking Dead Season 11 will address Daryl’s sex life. The new season was previously expected this October but will now arrive in late 2021 due to filming delays caused by the COVID-19 pandemic.

Soulmates!
Answer: All three…& dog.
Beth opened him up, tore down walls, and encouraged him to know his worth.
Connie is fun. Flirty. Something new to look forward to. Explore the possibilities of something beyond simple friends.
Carol-his constant. His absolute. His home.

Daryl is his own soulmate, he doesn’t need another person to be his happiness. He’s someone who enjoys his friends, and helping out when need be, but he does better by himself. I love that about him.

This scene of Daryl and Connie ♡ pic.twitter.com/MDJ0V6PdEC