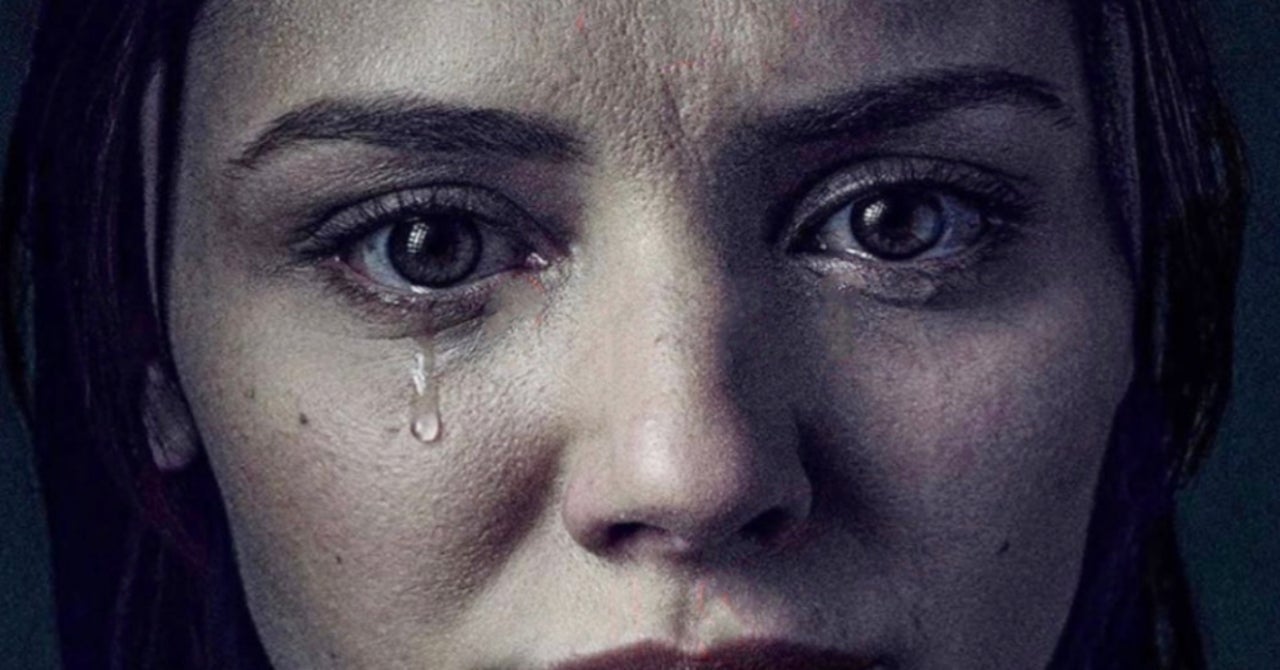 A story started on The Walking Dead continues in the sixth season of spinoff Fear the Walking Dead, where the missing Sherry (Christine Evangelista) returns and reunites with husband Dwight (Austin Amelio). Since fleeing the Sanctuary in a seventh season episode of The Walking Dead, where Sherry escaped life as one of the multiple “wives” taken by Savior leader Negan (Jeffrey Dean Morgan), Sherry headed west and left behind a trail of notes bringing Dwight from Virginia to Texas. Dwight’s search reunited him with Morgan (Lennie James) in Fear‘s fifth season, which ended with Dwight among the survivors forced to assimilate into far-reaching settlements controlled by Virginia’s (Colby Minifie) Pioneers.

A crying Sherry appears in the latest character poster from Fear the Walking Dead Season 6, again with the warning “the past is dead.” In that spirit, Sherry has become a different person since we last saw her in a 2016 episode of The Walking Dead.

“Playing Sherry again has been awesome because she’s almost a completely different character than she was when she was in the Sanctuary,” Evangelista said during a virtual Comic-Con panel over the summer. “She’s become so hardened, and she’s just so much more dynamic, I think. And then you bring in the whole love story component with Austin, with Dwight.”

Since separating more than a year earlier, Dwight and Sherry have changed into “two very different people,” Evangelista said. “It’s been very exciting to bring back this character that I played so long ago, and have her be the same but very different.”

Evangelista’s Sherry is the third character from The Walking Dead to cross to the spinoff, following Morgan’s switch to Fear in its fourth season and Dwight’s addition in the fifth season.

“We will see Dwight and Sherry this season,” tight-lipped showrunner Ian Goldberg said when explaining this latest crossover during Comic-Con. “I don’t want to say too much else about it, but I think the thing that was really exciting to me and Andrew [Chambliss, showrunner] is we’re huge fans of the character of Dwight. He’s a very different man by the end of Season 5 on Fear than he was on The Walking Dead.”

Because Dwight and Sherry have both transformed since their last meeting, Goldberg warned, “The reunion might not be exactly what they think it is. It doesn’t mean it can’t be a great thing, but they’re both different people, and that’s a really interesting thing to explore.”

For all things TWD, follow the author @CameronBonomolo on Twitter. Fear the Walking Dead Season 6 premieres Sunday, October 11 on AMC.