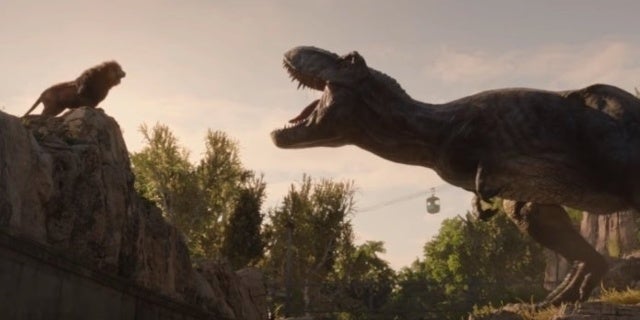 Production is set to begin very soon on Universal Pictures and Amblin’s Jurassic World 3, and the final additions to the cast are coming together. Deadline reports that Venom actor Scott Haze has joined the cast in an undisclosed role. Ahead of appearing in the film, Haze can next be seen in the Guillermo Del Toro produced hororr movie Antlers. Haze joins a cast that features plenty of other newcomers to the Jurassic franchise including Marvel’s Agents of SHIELD‘s Dichen Lachman, She’s Gotta Have It’s DeWanda Wise and Sorry For Your Loss’ Mamoudou Athie.

The new movie will feature a whole host of returning characters including Bryce Dallas Howard as Claire Dearing and Chris Pratt as Owen Grady, returning for the third entry in this second batch of movies in the franchise. Jake Johnson, Omar Sy, Daniella Pineda, and Justice Smith will also reprise their roles from the Jurassic World movies, but most importantly Jurassic Park alums Laura Dern (Ellie Sattler), Sam Neill (Alan Grant), and Jeff Goldblum (Ian Malcolm) all returning as their characters from the 1993 original movie.

Though official plot details on the new film haven’t been revealed, the second Jurassic World movie, 2018’s Fallen Kingdom, set up a major shift in the status quo that will no doubt be explored in detail for the new movie. The upcoming movie was also set up by last year’s short film Battle at Big Rock, which shows the state of society across the United States now that dinosaurs are roaming free on the North American continent.

“When I heard the pitch, I was blown away. I can’t believe we’re gonna make that movie,” returning star Chris Pratt previously told MTV News. “I can’t believe they found a way to deliver on the promise on the end of Fallen Kingdom. ‘Wait, what? The island is blown up, the animals are out, we can’t put them back in the box. What are we gonna do? How is, not only the dinosaurs, but this technology, moving forward, going to affect the planet?'”

Five movies deep now, the “Jurassic” franchise has always managed to be the king of the box office. The first film in the series was the highest-grossing film of all time after its release, anf after Jurassic World: Fallen Kingdom the entire series now sits at $4.987 billion at the worldwide box office. Jurassic World 3‘s opening weekend box office will almost certainly push the franchise over the $5 billion mark and joining Fast & Furious and Peter Jackson’s six Lord of the Rings/Hobbit movies.