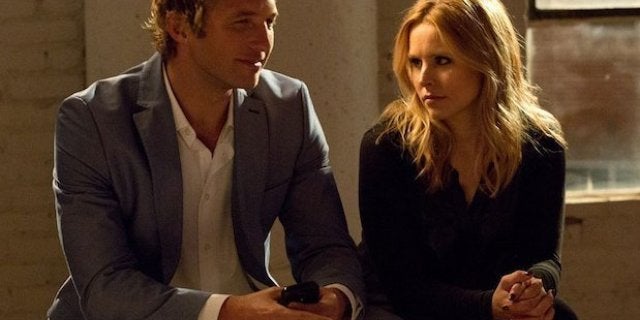 Veronica Mars fans waited patiently for years to get a new season of Kristen Bell’s detective in the beach town of Neptune, California, only for the final episode of last season to bring with it some shocking twists for the series, with actor Ryan Hansen claiming that the season finale was only one element of the series having to “grow up.” Hansen has played Dick Casablancas since the series launched back in 2004, starring not only in all three original seasons of the series, but also in the 2014 film, and, while his character might be perpetually immature, he knows that the rest of the series has to mature along with its viewers.

“Well I do know that fans had a very hard time with it,” Hansen shared with Collider. “But I feel like that’s the way the show was kind of heading and it needed to kind of grow up and do that kind of stuff. My character will never grow up so I hope we get to keep doing it and I get to be Dick.”

Throughout the series, Veronica has had a handful of love interests, ultimately ending up with Jason Dohring‘s Logan Echolls. Season Four largely explored Veronica’s commitment issues, only for the finale to see the two finally wed. Tragically, the final moments of the episode saw Logan unexpectedly killed in a car explosion.

With the series’ passionate fan base being so thrilled to see these characters confirm their connection to one another, only to suffer this tragedy so quickly, there was a backlash from fans about this decision from Thomas.

“I know what the show needs to be moving forward,” Thomas shared with TVLine last summer. “There are not many shows about kickass detectives and their boyfriend at home. It was tough getting Logan wrapped into the story this season. Season One of Veronica Mars, the series regulars were all characters who I knew were part of that season’s mystery… It becomes very Murder, She Wrote if you have to start keeping the same six people wrapped up in each mystery. There’s a reason shows end when the couple gets together. I’m not going to start doing The Thin Man. It’s not going to be Veronica and Logan solving mysteries, so what is Logan doing in the show?”

There are no confirmed plans for a fifth season of the series.

What did you think of the final episode? Let us know in the comments below!