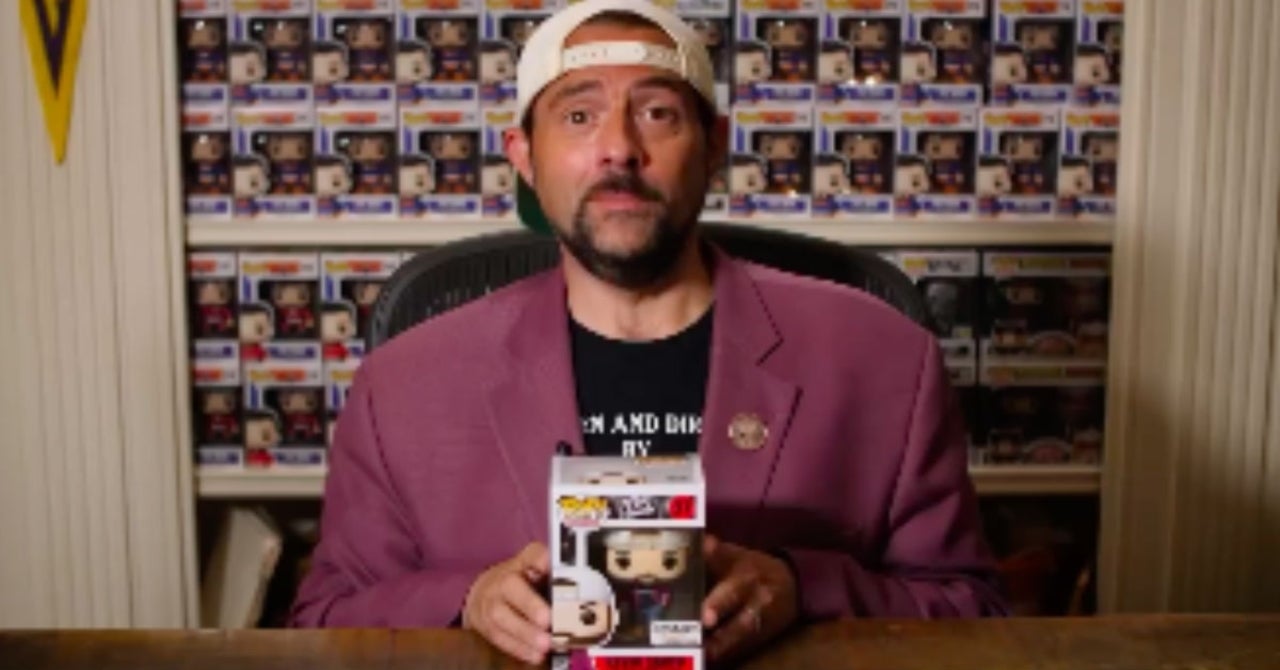 Kevin Smith has a lot going on these days! The director stopped by his home town in New Jersey this weekend for the opening of his latest Mooby’s pop-up and talked to us about his upcoming Mallrats sequel, Jason Mewes’ ten years of sobriety, and the future of Mooby’s. Smith has also been showing off some cool merch, and took to Instagram today to reveal a sweet new item: a director Funko Pop of himself!

“KEV GETS POPPED FOR DIRECTING! The @originalfunko folks have deemed me to be a Director enough that I get my own Pop! Watch me play with myself when I unbox this @amazon EXCLUSIVE! @jayandsilentbobstash will have some signed next month but for now the only place to get a Director Kev POP is at the link in my bio! Thank you to #funko and #amazon for doing their best to keep me relevant in Pop culture,” Smith wrote on Instagram.

Smith posted a video, which features him showing off the toy. “Look at the detail, ladies and gentleman,” Smith boasts in the clip. “He’s even got his little yellow sneakers that he wears. Look at that big head on that little body. This is how my kid sees me in real life. She’s like, ‘You’re so full of yourself. You’ve got a big head.’ This is what is looks like!” You can watch the full video in the post below:

As for directing, Smith hopes to get production of Twilight of the Mallrats started next year.

“2021 is what we’re hoping for,” Smith said of filming the sequel. “And we’ve been engaged deeply with the good folks at Universal a week-and-a-half ago. It took another very positive step forward. So I mean, it feels like it’s going to happen. Now the big question is, how does it happen?”

“Luckily, because I was home and doing the new draft of Twilight of the Mallrats while quarantine was going on, COVID is just a factor woven into the story. And I remember when I started doing that, some cats were like, ‘Man, this is going to be over. You can’t put that in a movie.’ I’m like, ‘This is never going to be over. This is going to be around for a minute. So trust me, I think we could weave it into the pop culture.'”

Do you plan to get a Smith Funko? Tell us in the comments!