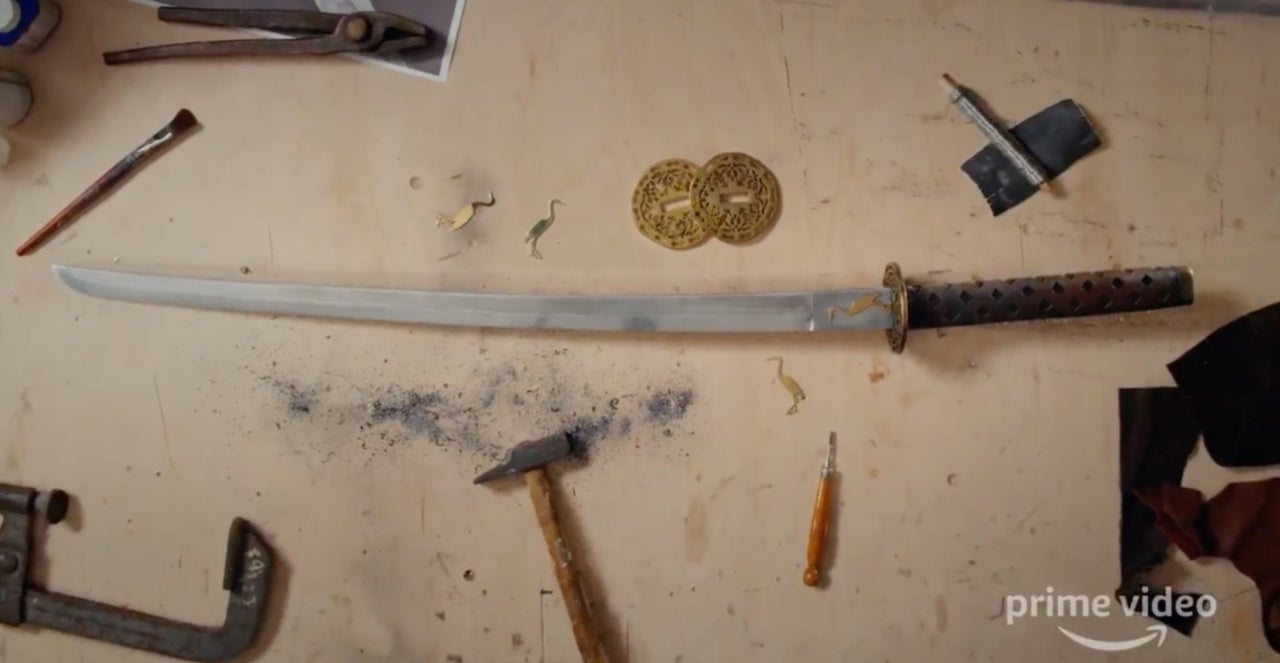 Amazon Prime’s upcoming Wheel of Time series has posted a new teaser that shows off Rand’s iconic heron marked sword. The 30-second teaser was posted on Wheel of Time‘s Twitter and Facebook pages and shows how the iconic blade was taken from the pages of Robert RR Jordan’s epic high fantasy series and turned into a functional prop. The teaser shows off some concept art and 3D renders before the blade is shown in its final form resting on the floor of a forest. As in the book series, the heron mark blade resembles a Japanese katana, but the show’s version is shorter with a less pronounced blade curve. You can check out the teaser below.

Amazon’s The Wheel of Time is currently in production now, with no release date. The series stars Rosamund Pike, Josha Stradowski, Marcus Rutherford, Madeleine Madden, Zoe Robins, Barney Harris, and Daniel Henney. Amazon has yet to release a full teaser, but did previously post an audio clip featuring Egwene (Madden) and Perrin (Rutherford) in the middle of a conflict.